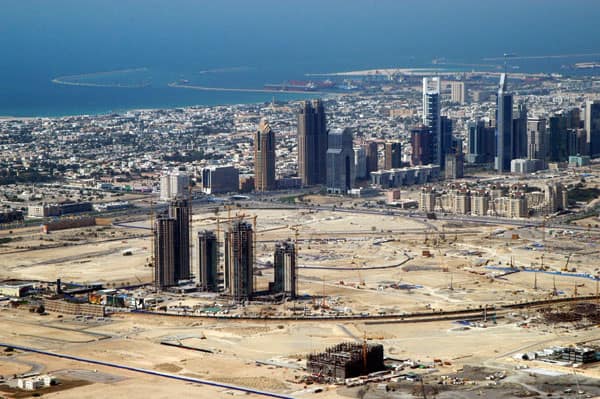 The UK construction industry is owed Â£250 million in unpaid bills from Dubai as a result of the Middle Eastern countryâ€™s debt crisis, according to a report in The Times.

British engineers, contractors and consultants are understood to have sought help from Lord Mandelson to recoup more than Â£250 million in unpaid bills from Dubai.

Payment periods for invoices are said to have doubled in the past year and firms have been offered as little as 60 pence in the pound for what they are owed.

The Association for Consultancy and Engineering estimates Dubaiâ€™s main arbitration body is struggling to process almost Â£3 billion of disputes from firms across the globe that have not been paid in full.

The associationâ€™s chief executive Nelson Ogunshakin said: â€œIt is painful for our industry and it is a real challenge but we are not alone.

â€œJapan and other countries are all owed serious money. UK plc has had a long and strong relationship with the Emirates and we are mindful that the Arabs honour what is owed, but we know that it is a difficult time for them.â€

The recession has seen hundreds of projects grind to a halt in Dubai after a near decade long construction boom.

Carillion has made great strides to shift its Middle East workload from Dubai to Abu Dhabi over the past 18 months.

Other major UK construction firms have also strived to reduce their exposure to Dubaiâ€™s debts. Consultant Atkins has cut 30 per cent of its staff across the region.