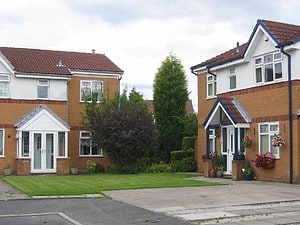 The governmentâ€™s Â£1.1bn housebuilding rescue package has kickstarted more than just an ailing industry. Over the past couple of weeks, a row has been reignited over the design quality of the UKâ€™s housing, with the spark provided by the Homes and Communities Agencyâ€™s (HCAâ€™s) decision to fund poorly designed homes through the Kickstart programme.

Mostly, the furore has taken place on a very public level. Politicians on both sides of the House of Commons have branded the HCAâ€™s decision to fund â€œgrottyâ€ private homes unacceptable and inexcusable, and the communities departmentâ€™s cross-party select committee has already pledged to look into it.

Behind the public outrage, however, lies a longer stand-off between the nationâ€™s housebuilders and Cabe, the governmentâ€™s design watchdog. Cabe has consistently raised questions about the standard of housing design in the UK, its damning assessment of the Kickstart homes being just the latest in a series of stark verdicts. However, this in itself begs the question: why, 10 years after the Urban Task Force and the formation of Cabe, has the quality of housing design still not improved?

Although the HCA is still questioning the validity of that question by suggesting that Cabeâ€™s Kickstart verdict was too harsh, it is clear that at least some the schemes were very badly designed indeed. The assessors have been asked not to speak publicly about the process, given the political sensitivity of the matter, but one says: â€œThe schemes I saw were appalling â€“ I gave one 1.5 [out of 20 on the governmentâ€™s Building for Life criteria]. It seems absurd to commission research and then ignore it. Itâ€™s such a risk for those communities.â€

Why were they so bad?

But this does not explain why some schemes scored as low as one or two on the criteria. The assessor says: â€œWhether there were any limitations to the Cabe assessment, a 1.5 scheme is never going to be any good.â€

All of the schemes assessed under the first phase of Kickstart were standard housing schemes, albeit not originally intended for public funding, but all had received planning permission. Why were so many of them so bad? For architect Alex Ely, founder of Mae Architects and a former Cabe employee, design quality comes down to the desire of the client to see good design, a desire that is patchy at best. â€œSome of our clients have realised that design is a way for them to capture more market share in the recession, but even where there is this desire development directors at housebuilders have a lot of trouble with their cost evaluators.â€

At a more essential level, Cabe sees a problem with the housebuildersâ€™ business model in terms of design â€“ they primarily compete on location and price with other builders, with big incentives to drive down costs, one of which is the design process. They also have no stake in the long-term success of a place, just the initial sale price. Ben Derbyshire, founder of architect HTA says: â€œTheyâ€™re land traders, and this model doesnâ€™t require product differentiation.â€

Cabeâ€™s response has been to hit the industry over the head by publishing a series of in-depth housing audits designed to demonstrate how bad the situation was. And they did. In the research, also based on the Building for Life standard, fewer than one in five homes were deemed to be well or very well designed.

Since then the body has lobbied the government successfully to have good design written into the planning system, and attempted to engage housebuilders to take the issue more seriously. It is currently working for the government on an initial job to train and accredit a network of Building for Life assessors in every council. This, cynics say, is intended to give Cabe a future income stream for the age of public spending cuts, but the body says it merely fits with its role of building design skills.

Many housebuilders feel resentful of the bodyâ€™s role. Michael Hill, director of development at Countryside Properties, says: â€œWeâ€™re dealing with planners, the HCA, and, in London, the GLA in terms of design. Having yet another design arbiter to me just seems a recipe for delay and frustration.â€

This feeling is echoed by the Home Buildersâ€™ Federation. John Slaughter, director of external affairs at the body, says: â€œCabe has gone for emotive language which we havenâ€™t found helpful.â€

Certainly, the picture painted by Cabe hasnâ€™t seemed to make much difference. The housing audits showed no appreciable improvement over three years, and the latest Kickstart furore seems to indicate that things have got no better. Building understands that questions are starting to be asked at senior levels in government as to why the body hasnâ€™t been able to find a more positive way to provoke higher standards. A source close to the discussions says: â€œThere doesnâ€™t seem to be a creative dynamic here that results in any improvement. Cabe and the industry are not in the same place.â€

Slaughter adds: â€œItâ€™s reasonable to ask whether thereâ€™s a better way than the very public reporting that Cabe has done.â€

Cabe replies that â€œthe audits made a huge impact, creating the first baseline for housing quality weâ€™ve ever had in this country. We regularly engage with the major housebuilders, but most prefer to talk about their design work in private where competitors or planning authorities canâ€™t hearâ€.

Builders also think elitist architects donâ€™t understand what people actually want â€“ traditional homes built to familiar forms. In the other corner, there is a feeling among architects that housebuilders are only getting away with their lack of quality because of the consumersâ€™ lack of choice. The fuss over Kickstart has served to highlight the lack of any significant change in attitude on either side in the past 10 years. The next government will have to decide where the fault for this lies, and act accordingly.