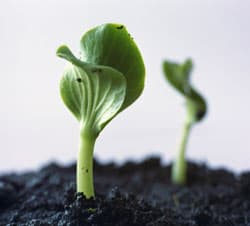 The figures will offer some relief to the UKâ€™s recession-battered tradesmen, who have been among the worst affected by the economic downturn.

The CIPS/Markit construction Purchasing Managers Index (PMI) climbed to 48.6 last month â€“ an improvement on the 47 expected by economists and only marginally short of the threshold that indicates positive growth.

It was thought that winterâ€™s freezing weather may have slowed progress over December and January, raising concerns that growth would be stifled during the first month of what will be a tough year for the sector.

Howard Archer, chief UK economist at IHS Global Insight, said: â€˜It is actually welcome news that the contraction in activity was not deeper in January given the adverse weather conditions.â€™

New orders were down for the second month following a slight increase in November, while unemployment fell again, albeit at its slowest rate since August 2008.

Archer added: â€˜The overall impression is that the construction sector is stabilising after enduring a major recession, and it will be desperately hoping that the economy can generate significant recovery after crawling out of recession in the fourth quarter of 2009.â€™