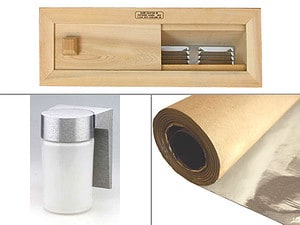 More people are carrying out DIY on their homes, new figures suggest.

A report from Tesco revealed the amount of paint, rollers, and paintbrushes sold in its stores over the last 12 months has increased by 33 per cent, which indicates a rise in the number of people undertaking home improvements.

Sales of Polycell quick-drying filler are up by 38 per cent, screwdriver sets by 35 per cent and masking tape by 40 per cent.

Duncan Hayes, editor of Build It Magazine, stated: “Decorating is a way to make your mark and improve your home at a very affordable cost, with very apparent results.”

He added men will tend to carry out jobs that involve using power tools due to the ‘boys and their toys’ perception.

A recent study by Shelter and the Royal Institute of British Architects showed 13 per cent of those quizzed noted kitchen extensions are the most popular home improvement.