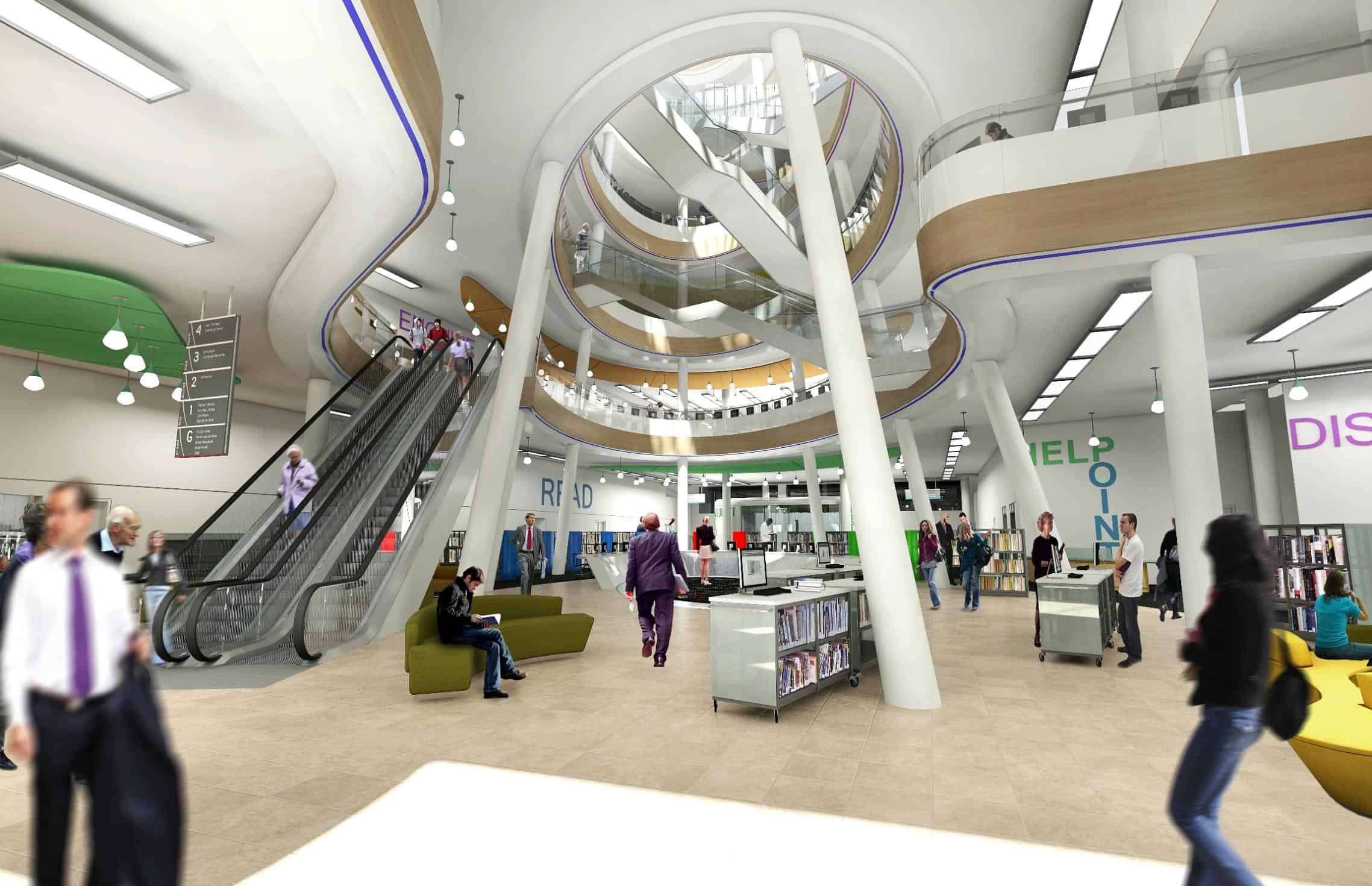 One of the biggest library developments in the UK has been given the green light.

After four years of planning, the PFI contract for the Â£50m renovation of Liverpool Central Library was formally signed today and immediately hailed as â€™the best news this yearâ€™ by Liverpool City Council.

The 150-year-old library, which lies within Liverpoolâ€™s UNESCO World Heritage site, will now officially close on Friday, July 23 and be handed over to be rebuilt by Inspire Partnership, which is a joint venture between Amber Infrastructure and Shepherd Construction with architects at Austin-Smith:Lord and Cofely as providers of Facilities Management services.

Work will begin this autumn and will see the full restoration of the Grade II listed parts of the building, which date back to 1860, and the famous Hornby Library and Oak Reading Rooms being fully open to the public for the first time.

The sections behind the faÃ§ade, which were built in the 1950s and 1970s following World War II bomb damage and now suffer from damp and a leaking roof, will be rebuilt to make the most of the available space including a new purpose-built home for Liverpool Record Office. It will also feature high class visitor facilities with excellent access to the libraryâ€™s book collections.

The new Central Library is scheduled to reopen at the end of 2012. Until then a temporary library service will operate from Monday, August 9 on the 2nd floor of the nearby World Museum Liverpool making the most popular items and books available to the public.

Services will include access to public computers, audio visual material, business information, newspapers, a collection of directories, family history and local studies sources and a fax and photography service. It will operate Monday â€“ Sunday, 10am – 5pm. More information is available at www.liverpool.gov.uk/libraries

Access to the award-winning archives services provided by Liverpool Records Office will be available from October, arranged by appointment only via a satellite service based in Wellington Employment Park South on Dunes Way, off Sandhills Lane. A telephone business and reference enquiry service will be available sooner.

Council leader Joe Anderson said: â€œLiverpool Central Library is one of the UKâ€™s most celebrated public libraries but it desperately needs this renovation so the approval of this scheme is one of the best bits of news the city will hear this year. The scale of this project is immense and it will take some time to complete, but Iâ€™m sure the wait will be well worth it.â€™â€™

Councillor Wendy Simon, Cabinet Member for Culture and Tourism, added: â€˜â€™Iâ€™d like to thank everyone who has worked so hard over the past few years to get the funding in place to deliver this new Central Library for the people of Liverpool. Iâ€™m delighted the contracts are signed and we look forward to working with our partners to create one of the best public libraries in the UK.â€™â€™

Mike Leto, Project Director from Amber Infrastructure, commented: â€œWe are delighted to have reached financial close having worked so hard to reach this point. We can now concentrate on finalising the construction programme and look forward to work starting in November. The development will deliver a fantastic new library and archive in partnership with the city of Liverpool.â€

Chris Pritchett, Partner at Austin-Smith:Lord, said: â€œWe are obviously delighted that this crucial mile stone has been achieved, particularly in the current economic climate. After our involvement in the FACT Centre and the Bluecoat it is fantastic to be involved in another key cultural building in Liverpoolâ€.

Staff began emptying Central Library in the new year and have already been undertaking the biggest review of the libraryâ€™s collections in 40 years.

The revamped Central Library will also include a new home for the Liverpool Record Office which will house 14km of archives and some of the cityâ€™s most historic treasures from the last 800 years – such as the original 1207 charter – in purpose built secure, climate controlled storage.

There will also be state-of-the-art IT facilities which will allow young people to download music and games onto MP3 and MP4 players, with wi-fi and access to computers.

Other new elements include:

Â¨ New entrance to main library, including a â€˜literary pavementâ€™ and front and rear access

Â¨ New conservation studio for repairs to the cityâ€™s masterpieces

Â¨ Re-opening of International Library, to original design, as a new childrenâ€™s zone

After the buildingâ€™s closure on Friday, July 23 it will take approximately three months to empty completely before construction work commences.