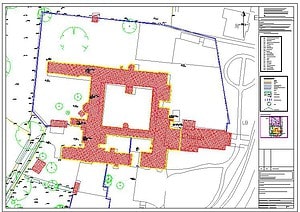 Measured Building Surveys.net have recently added a Topographical Survey service to their existing range of Measured Surveys, ‘As Built’ and Floor Plan Surveys.

“Work has been brisk over the last few months for the team and this includes commissions from the UK and abroad.Â  In fact we were asked to carry out some measured surveys in Ukraine, Eastern Europe. This proved to be very successful and the client was very pleased with the results, so much so that we are quoting for more work over there in the near future” a spokesman told us.