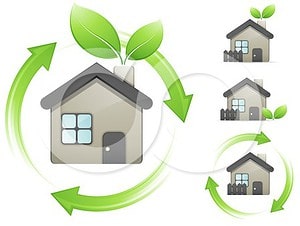 In order for the government to reach its targets on energy efficiency, at least 14 million homes in the UK need to be retrofitted.

While there are around 26 million households in Britain, Greg Barker, minister for climate change at the Department of Energy and Climate Change, stated that around half of them need to be made kinder to the environment in the coming ten years.

In addition to making properties better for the planet, Mr Baker also explained to the Retrofit Salford 2011 event that lower carbon emissions are not the only benefit of improving homes, as it will also help to develop the quality of life for many people.

“It is about really addressing the root causes of fuel poverty which basically means making Britain’s homes more efficient and cheaper to run,” he added.

Laing O’Rourke recently announced it had invested in the development of cement that is made from a magnesium oxide that does not emit carbon dioxide and absorbs more CO2 than it creates in production.