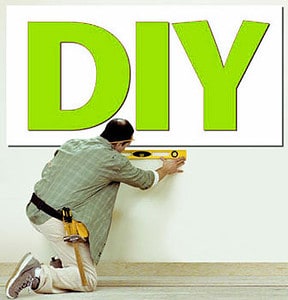 Homeowners are more likely to pay for a professional to do basic DIY work rather than to carry out the task for themselves.

This is according to the results of a new study published by TV channel Home, which revealed that British consumers spend a combined total of £5.6 million each year getting handymen to carry out easy jobs.

Of the 4,000 people quizzed by for the research, 70 per cent stated that they would get someone in to do a job such as fitting a new toilet roll holder or hanging a picture.

And while 80 per cent of households own a toolbox with contents worth around £340, they admitted that they are rarely used as professionals will be called in to do the jobs instead.

Those who do still attempt DIY tasks for themselves were recently advised by the Daily Telegraph to get to work on tasks that have been caused by the cold weather now that spring has arrived.