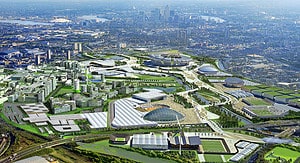 The Olympic Delivery Authority has praised hundreds of firms involved in projects for Olympics, who have helped enable the Games to remain “on schedule and on budget.”

Olympic Delivery Authority Chairman John Armitt said: “The Olympic Park project is on schedule and budget and we have successfully hit all of our milestones over the last five years.

“This is thanks to the skill and professionalism of thousands of British businesses who have won contracts and shown the rest of the world what UK plc can achieve.

“The Olympic Park is a great showcase for UK industry and many companies have used it to go on and win work on other projects across the world.

“When we welcome the world to London next summer, tens of thousands of people from right across the UK will know that they played a part in building the stage for the greatest show on earth.”