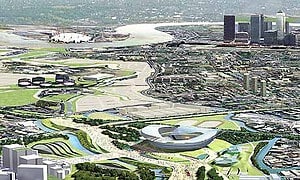 88 percent of construction for London 2012 Olympics has been completed. The ODA have also confirmed that the estimated final cost of the build has come in under budget at £7.25 bn

The Sports Minister, Hugh Robertson, said: “With one year to go construction is 88% complete, ahead of time and under budget…They have continued to drive down costs which means we can celebrate one year to go with confidence and a real sense of excitement and expectation.” He also commented that London 2012 has “salvaged the reputation of the British construction industry”.

In all, a total of five venues for the London 2012 Olympic Games have reached completion. Other than that, the Olympic station in Stratford was also finished in the previous month.