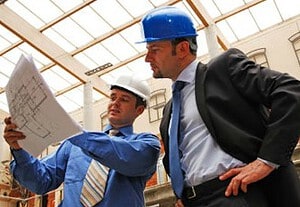 Firms in the construction sector generally understand how to conduct their trade well, but often have very little business acumen.

This is according to Business Link director Ray Lambe, who asserted that this is one of the reasons why this sector has been so badly affected by the recession.

It is “particularly acute” in this industry, amplified by the fact that there are “so many small businesses”, he continued.

Mr Lambe stated that many companies do not wish to hire new employees due to a lack of confidence or the red tape involved, while two-thirds of organisations recently polled admitted “they wouldn’t even know where to start” when advertising.

This creates a barrier for new enterprises to expand and “a little advice” from his service would assist them, the expert declared.

However, the general outlook is also hampered by a lack of building projects, with orders for new homes forecast to remain static for the next three years, Federation of Master Builders media and communications manager Jayne Runacres recently noted.