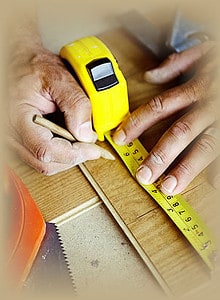 The average Briton spends £58,550 renovating their house over the course of a lifetime, research from esure home insurance has found.

Average homeowners take 11 days every year to spend £1,171 on refurbishments, the study discovered.

A total of five per cent do not invite people over because they fear their furnishings will be damaged and nine per cent do not enjoy themselves when entertaining guests as they worry about this.

“Television shows featuring showcase desirable homes has given rise to a new breed of homeowner driven to create a beautiful abode but almost too scared to enjoy it,” esure head of home insurance Nikki Sellers declared.

Gardening also costs the typical Brit £297 every year, with general maintenance accounting for £70 of this, a recent study from HSBC found.