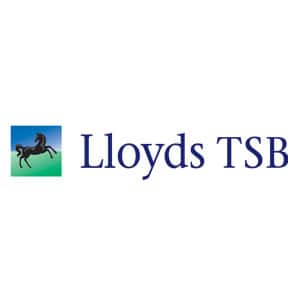 Business confidence has slumped to a 30-month low before crucial GDP figures on Tuesday that are expected to show that the UK economy is slipping towards recession.

A national survey of business sentiment has found a large majority of employers are wary of the next six months and expect the outlook for the economy to remain unsettled. The Lloyds Bank Corporate Markets business barometer registered confidence in the UK’s economic prospects, at its lowest for more than 2 years.

Lloyds said: “The predictive nature of the barometer indicates below-trend economic activity continuing into 2012 with an increased risk of recession.”

The report follows an array of gloomy data about the economy’s prospects over the next six months. Surveys of the manufacturing, construction and services sectors appear to show all the main engines of economic growth are contracting.

Retailers have reported huge job losses, while other sectors have only taken on a smattering of part-timers, undermining the government’s hopes of a private sector revival to compensate for deep public sector spending cuts.

Research by a leading firm of accountants has also found a sharp fall in the tax paid by large companies, forcing the government to rely more heavily on income tax and VAT to pay down Britain’s debts.

A report by the Centre for Economics and Business Research, a think tank, added to the gloom with research showing unemployment in three key regions was likely to rise steeply.

GDP figures for the third quarter of the year are expected to show growth of 0.4% according to a balance of analysts. Several business leaders have also argued the economy remains robust and will continue to grow, albeit slowly.

However, two members of the Bank of England’s monetary policy committee said last week they believed there was a strong chance the economy was in recession and many analysts who believe the economy grew in the third quarter expect the fourth quarter to show a contraction.

Alan Clarke, UK economist at Scotia Capital, said a recession was “already baked in the cake” regardless of the agreement to bailout Greece and avert a eurozone crisis. Among companies polled 34% said they were more optimistic, compared to 40% in September, whilst 49% were pessimistic, up from 33% in September. The overall net balance of firms feeling optimistic decreased by 22 points, to -15%.

The government, which has come under intense pressure to show how it will promote growth, will take some comfort from figures showing firms remain positive about their trading prospects.

The net balance for businesses’ own trading prospects in the next 12 months improved for the second consecutive month, up three points to 37%.

Lloyds said: “Businesses seem to indicate that they are relatively confident in their own individual prospects with 91% anticipating an increase or the same level of trading activity over the next year.