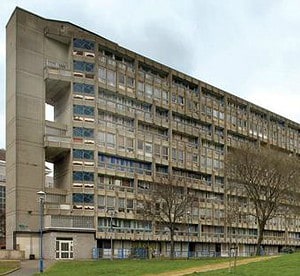 The chair of Design Council Cabe has called on the developers of Robin Hood Gardens to carry out a full energy audit of the proposed regeneration.

The assessment should include an energy and carbon analysis, including embodied energy. “As far as I know this has not been carried out to date, which is surprising, given the interest in energy conscious retrofit now emerging,” he said. “It is not too late for a change of heart.”

Finch’s comments come as further details of plans for the £500 million Blackwall Reach project were revealed in an outline application to Tower Hamlets Council. The first phase, which includes a new school and mosque to the north of the estate, will be designed by Aedas.

Developers Swan Housing and Countryside Properties will then hold design competitions for the next three phases, including plans for housing to replace Alison and Peter Smithson’s 1970s buildings.

Last week leading housing architects called on the profession to boycott any competitions for the estate’s replacement.