Skip to content
The elevation of the architect over the engineer is to blame for today’s cities being full of unsustainable buildings, Ken Shuttleworth told engineers and students at Imperial College. Architects are able to get away with their “orgy with glass” because engineers have lost their voice, he said, delivering the Worshipful Company of Paviors’ annual lecture on Tuesday. The founder of Make urged engineers to “find a new Brunel” who could represent them on television and push an environmental agenda. “In the 19th century the engineer was king,” he told the audience. “Then architects took over and design became paramount which led to this orgy with glass. “If the engineer says ‘you can’t have this much glass’ he is sacked and replaced. Engineers need to become more assertive and tell architects what to do. “Find the best engineer at speaking and put them on TV. Plenty of architects have knighthoods and get on TV. You need a new Brunel to promote engineering,” added Shuttelworth, who spent 30 years at Foster & Partners. Questioned about the sustainability of Make’s plan to demolish part of the 1980s Broadgate Centre, he said conversion simply wasn’t possible. Its £340 million replacement was London’s first sustainable office project which tried to reflect the “death of bling”, he added. “Buildings aren’t built to be monuments. They are commodities that are built to be demolished,” he said. “London has so many historic buildings and if you can’t knock anything down the city will stagnate. Sense has to prevail. Keep what you can keep and what works and if not, do something better.” 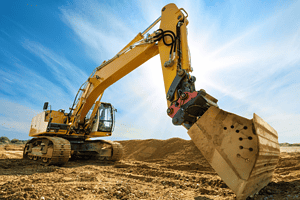