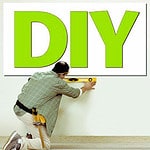 Many Brits are becoming involved in DIY as a result of the squeeze on incomes, it has been said.

Northern Homebuilding and Renovating Show spokesperson Michael Holmes noted before the financial crisis, people would have been willing to hire a tradesman to perform home improvement tasks themselves, but nowadays they are “preparing things themselves and doing it themselves”.

Many people are renovating or refurbishing their home in their leisure time, he continued, stating: “I think there is a renaissance in the DIY market.”

While people have always been able to perform DIY tasks, they previously would not have found the time to do so, the representative declared.

Furthermore, Mr Holmes claimed many individuals are unable to move to another home at present and are therefore planning to improve their existing real estate holdings.

Indeed, a recent poll by Nationwide found that while 47 per cent of homeowners expect to make home improvements during the next year, only eight per cent are planning to move to another home.

While 72 per cent intend to modernise or update their interior design scheme, nine per cent are planning a renovation because they are running out of space in their house.

Mr Holmes suggested that difficulties in attaining mortgages are responsible for this trend, arguing some individuals are unable to afford the cost of moving house and are therefore “stuck in their house”.

However, the number of children in a household can change, the residents can become older and other “evolving needs” can become present, while individuals also like to keep their accommodation looking “up to date”, he asserted.

As a result, people who cannot move “have to make the house change”.

Financial concerns are also leading people to reuse and recycle materials, he noted, although he said: “It’s worth investing in quality.”

“People are definitely more cost-conscious than they were,” Mr Holmes remarked.