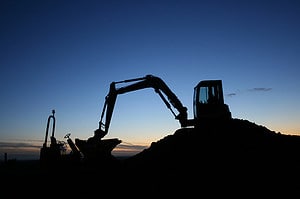 Regulations covering building standards, including fire safety and wheelchair access, could be torn up in a government plan to cut costs for the construction industry and boost the economy.

Ministers have ordered a wide-ranging review covering all aspects of building regulations, also including standards on energy efficiency. The review, which controversially includes the option of giving the building industry more scope for self-regulation, is the latest in a series of government initiatives intended to stimulate activity in the economy and drive job creation through investment in homebuilding.

Its aim is to prune regulations “significantly”. Last month, the government announced a year-long free-for-all in house extensions, allowing homeowners to build up to eight metres into their gardens without planning permission.

Despite encouraging figures this week showing that the UK economy came out of recession at the end of the summer, the construction sector is still in the doldrums, contracting by 2.5% in the third quarter of the year. The coalition knows it needs much stronger recovery to win voters’ support and housebuilding is seen as a key area for creating relatively quick investment and jobs.

Ministers have also been under intense pressure to deal with a housing crisis that has seen the building of new homes falling to the lowest level since the 1920s, causing rocketing rents and a generation potentially priced out of the market.

Among the specific themes under examination are energy, water, security, accessibility, and even the amount of space available in new homes.

The review has prompted fears of a bonfire of standards – including crucial structural issues, fire and security, and government pledges to cut carbon emissions and water use, improve local communities and help elderly and disabled people live independently.

“What they are saying is everything is up for debate,” said Paul King, chief executive of one of the review group members, the UK Green Building Council. “These things [regulations] stop people from building houses that fall down on people or burn down, so it’s pretty important.”

In the terms of reference, seen by the Guardian, the Department for Communities and Local Government says that the housing standards review should be “rationalising the entire framework of building regulations and national and local housing standards”, with the overall goal to “significantly” cut back on the number of regulations.

As part of the review, a special four-man “challenge panel” will have “free rein, unconstrained” to suggest ways of cutting regulations that would “deliver demonstrable deregulation to make homebuilding easier”.It adds that the panel “will not be constrained by previous or existing policy”. The review has been launched just weeks after the Department of Energy and Climate Change introduced its flagship “Green Deal” policy aimed at retrofitting 14m UK homes to make them more energy-efficient.

One organisation involved in the review said it had support from the top of the government, including David Cameron, George Osborne, and the Cabinet Office minister and general enforcer Oliver Letwin. The group, which held its first meeting on Tuesday, is expected to report to ministers by the spring.The DCLG told the Guardian the review would only apply to home building standards, though as the building code applies to all buildings this raises the possibility of two sets of standards replacing one.

“The government is determined to support developers and councils to get on with the job of building the high-quality new homes the country needs,” said a department spokesman. “The current system of overlapping different standards is complex and confusing to local residents and developers. This will make way for a simpler set of housing standards that ensure buildings are still made to exacting standards.”

The Home Builders Federation, a member of the review group, welcomed the initiative, citing a host of regulations, often voluntary ones that local authorities can choose to insist on (or not), which it believes are outdated or too expensive.

Among these are the code for sustainable homes, which suggests new homes should have a room to use as an office so more people can work from home and avoid commuting; and the lifetime homes regulations, which specify doors and bathrooms must be wide enough for wheelchairs and a piece of wall and floor can be easily removed to make space for a hoist or lift, all so that future owners who are elderly or disabled can adapt their homes more easily. Others include security regulations that specify the minimum width of a walkway next to a home and that every new home should have a burglar alarm fitted.

“Hopefully from the current process we will get a standardised set of sensible, viable standards so that everybody knows what they are working to,” said Steve Turner, the federation’s head of communications.

In a serious blow to the government’s approach, however, at least two large construction firms expressed doubts about the importance of regulation as a barrier to building, insisting that making it easier for small developers and homebuyers to borrow money, the reform of planning and freeing up more publicly owned land were more important, and even warned that a rush to lower standards could slow down new building.

Stephen Stone, chief executive of Crest Nicholson, one of the country’s biggest housebuilders, said building regulations were relatively unimportant as a barrier to new homebuilding, and a rush to lower standards would make it harder for companies to persuade local communities to release land that was desperately needed to build on. “If you are going to engage with local communities you want to be doing so when you know you can produce well-designed, well-built homes that are built within a regulatory framework,” he said.

“None of us want to go back to poor design, poor building standards and low energy efficiency. It might be good for reducing costs but this industry needs to be taking a view that a house needs to [last] 100 years – therefore why shouldn’t society demand very high standards?”

While some have warned that any review of regulations could create a hiatus while developers wait to see the new rules before committing to new projects, Stone said the government could not rely on any boost to homebuilding before the next general election, due in 2015. “Having an impact is probably three or four years away,” he said.

Hilary Benn, shadow communities and local government secretary, said: “No one is opposed to sensible rationalisation but building regulations exist for a reason. What we mustn’t lose is proper building standards and requirements to build much more sustainable homes in future that use less water and energy, given our climate is changing and we need to significantly reduce our use of carbon.”