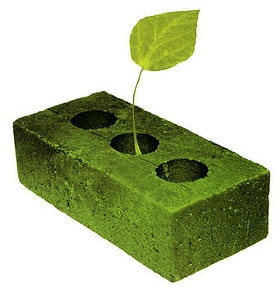 It has been a rough couple of years for the UK construction industry. Construction output is officially at its lowest point in 13 years, according to the Office for National Statistics (ONS) that recently revealed output was down 11.3 per cent year-on-year and 2.6 per cent from the second quarter. There is however one arm of the industry that has not suffered the effects of the economic downturn – or at least, not to the same extent – sustainable building.

In a recent survey undertaken by McGraw-Hill Construction and United Technologies, the UK came in at second place in a worldwide survey of future green building plans. 62 countries took part in the study and the UK came in just behind Singapore, with 65 per cent of respondents intending to complete sustainable renovations in the next three years (compared to Singapore’s 69 per cent).

The average came in at just 50 per cent – highlighting the UK’s continued dedication to the sustainable building industry.

Commenting on the results of the survey, Harvey M. Bernstein, vice president, industry insights and alliances for McGraw-Hill construction, said: “It is notable that over the next three years, firms working in countries around the world have green work planned across all building types, incorporating both new construction and renovation.

“The existing building market is a ripe opportunity for green building, and we are seeing that play out in the market. It is clear that green is becoming an important part of the future landscape of the global construction marketplace, and firms will need to be prepared for that transition.”

Respondents were asked for justification for the movement towards greener buildings. Answers included the general health and well-being of inhabitants, water usage and improved indoor air quality. The main factor behind this shift however was reducing overall energy usage, which was commented upon by 72 per cent of those surveyed.