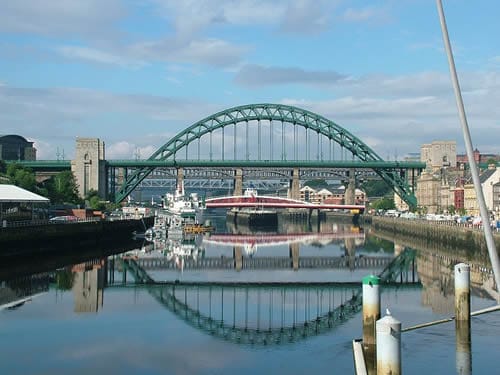 Contractors in the northeast of England say that they cannot understand why they have been so badly treated in the latest government spending round.

Latest funding allocations by the Department for Transport (DfT), in support of highways maintenance, show the northeast region can expect a maximum of only £11.8m out of £215m for England as a whole, or less than 6%. The allocation has angered contractors in the region.

Peter Samuel, construction director at major regional contractor Owen Pugh, said: “The support being offered for road upkeep here is paltry. There is no reasonable explanation why the northeast figure is approximately half that of the next lowest areas. London and the southeast are to receive over 21% of the total, and the southwest, whose needs I would have thought similar to the northeast’s, is to receive more than three times as much at £36.4m.”

Nationally, £203m has been allocated to highway maintenance until 2015, which is just 60% of the £333m that the Civil Engineering Contractors’ Association (CECA) says the country requires.

CECA northeast region director Douglas Kell said: “The northeast certainly hasn’t been allotted a fair share, let alone 60% of its need. Yet this region’s construction and civil engineering industry has been harder hit than anywhere else in the country since the onset of the nation’s financial crisis.”

Major road projects in the northeast are also moving forward only slowly.

Funding of £150m for the Morpeth northern bypass and a new road bridge in Sunderland city centre was approved 13 months ago but site work on the bypass is not expected to start before January 2015 and no contractor has been selected yet.

Sunderland’s 180m-high bridge over the Wear, which will be England’s tallest, is expected to have a main contractor announced in May for a September start to actual site work and eventual completion in 2016.

Other projects, including a £64m scheme to relieve the A1 Western Bypass at Gateshead and a junction improvement at Silverlink, North Tyneside, are progressing much slower than they need to.

Mr Kell said: “Clearly many months, years even, will pass before big jobs announced for the northeast have all got under way, and if you link this with Network Rail’s recent decision also to spend only a tiny fraction of £37.5bn over five years on railway needs within the northeast, the prospects are even bleaker.

“The speed at which the entire northeast economy can benefit from infrastructure work depends on when money is actually allocated and projects can start.  Obviously firms in the region need a lot of smaller scale investment now to tide them over the next few months and keep people in jobs.

“The government has reportedly set aside an additional £5bn investment to assist badly needed ‘shovel ready’ infrastructure development across the UK, particularly outside the southeast. Perhaps some of this could be spread between Tweed and Tees in redress of the imbalance now evident,” Mr Kell added.