There should be a full inquiry into allegations of “shameful and insidious” blacklisting of workers on projects such as Crossrail and the Olympics.

Labour’s Michael Meacher said blacklisting was the “worst human rights breach in the UK since the war”.

The move follows disclosures about a database of 3,000 names used to vet workers in the construction sector for more than 15 years.

Ministers said they would investigate if there was evidence of wrongdoing.

The existence of the list was exposed by a raid by the Information Commissioner’s Office in 2009.

The raid, on an organisation called the Consulting Association, confirmed that construction companies had been checking potential employees against a blacklist.

The vast majority of those blacklisted are still not even aware that information was collated and repeatedly used against them.

During the Labour-led debate, Shadow business secretary Chuka Umunna said what had happened was “nothing short than a national scandal” and workers deserved honesty.

He acknowledged that the last Labour government could have done more after consulting on new regulations in 2003 but failing to implement them, but insisted the issue was a cross-party concern.

He said: “There are sufficient questions to justify the government carrying out a full investigation into the extent blacklisting took place and may still be taking place, at the very least on public sector projects.

“After carrying out the investigation, government should then set out what practical steps may be needed to stop blacklisting and blacklisting checks happening on public projects in the future.

“We need to learn the full truth of what went on.”

Lib Dem Business Secretary Vince Cable said blacklisting as a practice was “thoroughly objectionable and indefensible”, while the health and safety issues in the construction sector were extremely important.

But he questioned whether there was any evidence to suggest the practice was continuing.

“If it is actually going on, it is a serious matter and it does need investigation and I of course will want to see it properly investigated, but we want some evidence,” he said.

“Robust penalties” were already in place to deal with those found guilty of blacklisting, he added.

During the debate Labour’s John Mann revealed that he had been blacklisted in the past.

He told MPs most workers ended up on the lists not because they had trade union links but because they “had fallen out with their gaffer”. 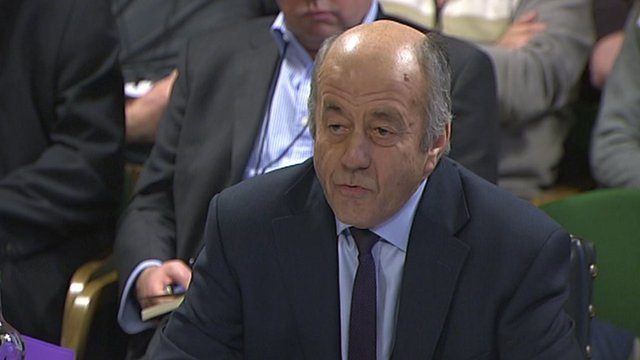 On Tuesday, Cullum McAlpine, a director at construction giant Sir Robert McAlpine, confirmed to MPs that the company had checked workers against the list to protect against “deliberatively disruptive or unlawful” behaviour on sites.

Meanwhile, campaigners stepped up calls for the government to release documents relating to the “Shrewsbury 24” at a briefing in Westminster.

The building workers were arrested for picketing following a national strike and charged under the 1875 Conspiracy Act.

Six of them were sent to prison in 1973, including Ricky Tomlinson who later became known as an actor.

Campaigners want the Criminal Cases Review Commission to revisit the charges, claiming they were politically motivated.