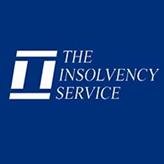 The disqualification follows an investigation by The Insolvency Service.

Mr Emerick, 55, of Canvey Island, Essex has had to give an undertaking to the secretary of state for business, innovation and skills, that he will not act as a director of a limited company until March 2017.

Hire & Mechanical Services Ltd, whose principal activity was construction equipment and tool hire and groundworking, went into liquidation on 27 June 2011 owing more than £527,000 to creditors, including £360,872 owed to HM Revenue & Customs (HMRC) in unpaid tax. Almost half of this was undeclared VAT.

The Insolvency Service investigation showed that the company’s unpaid taxes dated all the way back to when it started trading in May 2009. During its two years of trading, the company paid just £47,246 in tax, which was a fraction of what it owed.

Mark Bruce, a chief examiner at The Insolvency Service said: “Directors who seek an unfair advantage over their competitors by not paying tax are damaging commercial confidence and harming the UK’s reputation as a place to do business. They should not expect to get away with it.

“Other directors tempted to follow this path should remember that if they run a business in a way that is detrimental to either its customers or its creditors they lose the protection afforded by limited liability. The Insolvency Service will investigate them and seek to remove them from the business environment.”