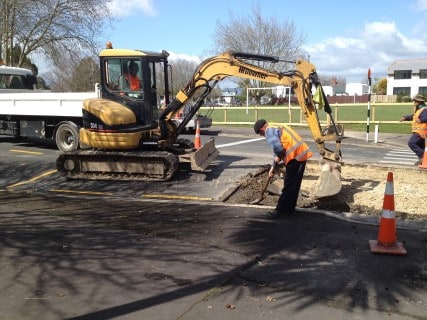 Additional funds will come from cuts to departmental budgets, says Osborne, but does not indicate where money will be spent

The government unveiled another attempt to kickstart infrastructure investment with a commitment to spend an extra £3bn a year, but gave little indication where the money would be spent.

The additional funds for capital investment will be found from cuts to government departmental budgets, George Osborne said, and will be available from 2015-16.

Business and industry observers questioned whether the boost was sufficient and warned that past budget pledges on infrastructure failed to materialise into concrete projects.

Osborne said the government was “already supporting the largest investment in railways since Victorian times and spending more on new roads than in a generation”.

He said he would boost spending by £3bn from 2015-16 with the money saved from departmental budgets, amounting to at least £15bn of extra capital spending over the rest of the decade.

Osborne said: “By investing in the arteries we will get growth flowing to every part of the country.”

John Cridland, director general of the CBI, said the business lobby group’s call for an increase in longer-term infrastructure spending had been heeded: “This was recognition it was a mistake to cut capital spending so sharply and that other growth-boosting measures were taking too long.”

However, industry experts said the “proof of the pudding” was nowhere to be seen. Nick Prior, head of infrastructure and capital projects at Deloitte said: “While the £3bn is welcome, there is no indication at all of where it’s going to be spent. Given the track record over the last three years of delivering against commitments, one has to be extremely cautious about the impact this will have.

“There has been a lot of rhetoric over infrastructure spend over the last three years, but delivery has fallen well short of the promises.”

Kate Orviss, infrastructure partner at Pinsent Masons, said: “The disappointment is that this funding will not be available until 2015-16 and there is a complete lack of clarity over what it will be spent on. The government claims to see infrastructure as a key element of its growth strategy but has singularly and repeatedly failed to deliver in budget after budget.”

Richard Threlfall, UK head of infrastructure at KPMG, said the budget was disappointing and the £3bn would “make little difference in solving the UK’s infrastructure challenge”.

The Department for Transport has been pushing for further rail schemes in addition to spending on Crossrail, Thameslink and electrification projects.

One infrastructure project that will finally get under way is the delayed £150m scheme to bring mobile phone coverage to hundreds of rural not-spots. A contractor is due to be appointed in May to put up new masts in rural areas not yet on the mobile grid.

The mobile infrastructure project was announced in 2011 and originally due to go live in early 2013. But it was delayed after Three, the UK’s smallest mobile network, withdrew its support. In an update published alongside the budget, the Treasury said the service would now see the first sites “operational in 2013” with “the aim of completion by 2015”.

Critics have been calling for pledges on capital investment to be translated into swift action in “shovel-ready” projects.

Analysis by the Guardian found that fewer than a quarter of the government’s hundreds of national infrastructure projects, including road, rail and energy schemes, would be completed during this parliament.