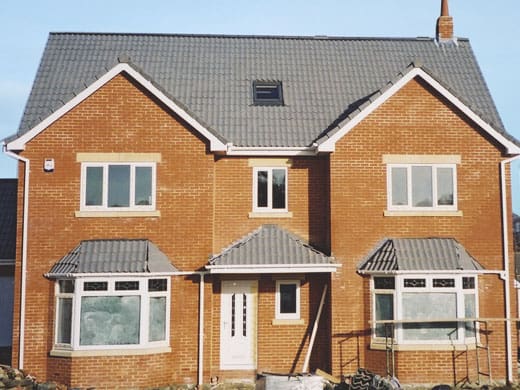 Backlash against new homes scheme expected from 8 out of 10 Conservative councillors, who say areas already overdeveloped

David Cameron and George Osborne face a divisive battle with Conservative town halls over their £15bn plan to fuel a housebuilding boom after a new “nimby index” revealed that eight out of 10 Tory councillors believe their areas are already overdeveloped or fine the way they are.

In the wake of the chancellor’s budget announcements aimed at boosting housebuilding, a poll by ComRes revealed that only a quarter of councillors from all parties believe their local areas are underdeveloped, while 87% of the public can be classed as nimbys.

The extent of “not in my back yard” resistance to development emerges in the week that Osborne introduced incentives for developers to build new homes by creating a £3.5bn scheme for interest-free loans to be available to buyers of such properties from next month. Ministers have also relaxed planning rules limiting construction on greenfield sites.

There was further bad news for Osborne when a second credit ratings agency, Fitch, served notice that it was almost certain to strip the UK of its AAA credit rating. Last month, Moody’s was the first agency to cut the country’s rating after sluggish economic growth and increased near-term government borrowing.

The Lincolnshire constituency of the combative planning minister, Nick Boles, who once suggested building on 2%-3% of Britain’s currently open land, represents one part of the emerging conflict between local and national politics. A plan to build 7,000 new homes in Grantham was agreed in 2010 but the first 50 to 70 will not be completed until spring 2014. The council has also missed the target Boles set for finding sites amid widespread public opposition.

Nationally, Tory council leaders have complained to Boles about housing targets that are “out of scale” and fear defeat at the polls if they are forced to build against their electors’ wishes. Conservative-controlled Stratford-on-Avon council will take the government to the high court in the summer over its decision to overrule the council’s refusal of an 800-home development on fields close to the cottage of Shakespeare’s wife, Anne Hathaway.

“We understand the scale of development that our communities can absorb, and they don’t,” said Chris Saint, the Tory council leader. “If you put big estates into small communities you either create a soulless dormitory or sink estates of the kind that successive governments have struggled to disentangle. I do not want that to be my legacy.”

People living in south-west England, West Midlands and Scotland appear most resistant to development, while Wales and the north-east are least opposed. And 90% of the suburban public surveyed were classed as nimbys, compared with 88% in the countryside and 83% in urban areas.

The survey’s sponsor, Development Intelligence – which has lobbied for clients including the housebuilder Countryside Properties and the commercial developer Hammerson – said the findings indicated “a complete disconnect as neither public nor councillors understand that development creates growth and jobs”.

Nick Keable, its chief executive, said: “We support the government’s pro-development policy, but they have no idea how to implement it in a nimby nation. Negativity about development is driven by the haves, not the have-nots. Where there is deprivation and high unemployment people are more positively disposed than they are in the leafy, suburban south-east.”

The number of households is expected to grow by an average of 232,000 a year in the next two decades, but just 146,420 homes were built in the last financial year. Boles has accused councils of dragging their feet in allocating sites and this week told developers he wanted to “flush out” areas that did not offer up enough land.

He declined the Guardian’s requests to comment but Bob Neill, former planning minister and now deputy chairman of the Conservative party, responded by attacking Development Intelligence as “shadowy development lobbyists” and said the survey was “a crude attempt … to smear local councillors who stand up for local residents”. He added: “Conservatives control far more rural and shire councils than other parties, so it is no surprise that Conservative councillors value environmental safeguards.”

Keable responded: “They have attacked the man, not the ball, because this is an inconvenient truth for the government.”

Boles’s own constituency, Grantham and Stamford, illustrates the conflict between national and local Tories. “It is not the answer to build our way out of recession,” said Jacky Smith, 70, a member of the council’s planning committee. “If we are not careful, we may end up building far too many homes and looking back in 10 years and thinking, why on earth did we do that?”

Meanwhile, the town’s young people are struggling to find a place to live. Aaron Foster, 20, a motorcycle shop worker, and his girlfriend, Beth McErlean, 19, an unemployed childminder, said they were considering moving away because of the lack of affordable homes.

“A one- or two-bedroom flat or house would be around £120,000 and you won’t find anywhere like that in a reasonable area,” said Foster. “Leasing feels like throwing money away, but to buy there is no real help to get a deposit down. It sounds funny, but people are having children just to get a house [through the social housing system].”

“This nimbyism is causing a breakdown,” said Karl Hicks, managing director of Larkfkleet Homes, the developer that proposed the homes at the village of Manthorpe in Boles’s constituency. “If you have a council member living in the immediate area where you have a scheme, you rarely get your scheme through.”

The Department for Communities and Local Government said: “The government is committed to removing top-down targets that built nothing but resentment. Local plans agreed by communities and councils are now at the heart of determining where homes should go. Nearly nine in 10 planning applications are approved, a 10-year high, and seven out of 10 local councils now have published local plans.”