A man fell to his death on Friday after a beam falling from a bridge struck the boom lift that he was working from on an Interstate overpass, near Hebron, Ohio.

The man, Micah Montgomery, 34, was apparently not hit by the beam, but died from blunt force injuries arising from his fall.

The man was employed by Columbus based Double Z Construction on the replacement of a bridge over I-70 for the Ohio Department of Transport. No other details have been released. 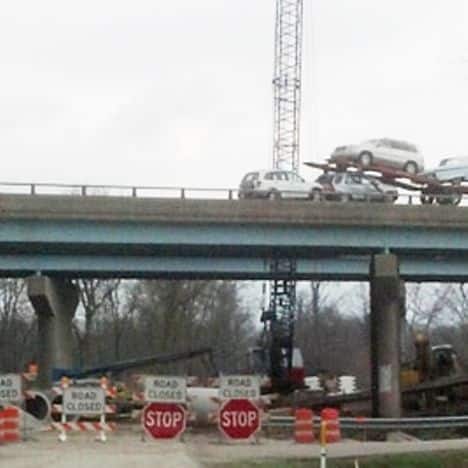