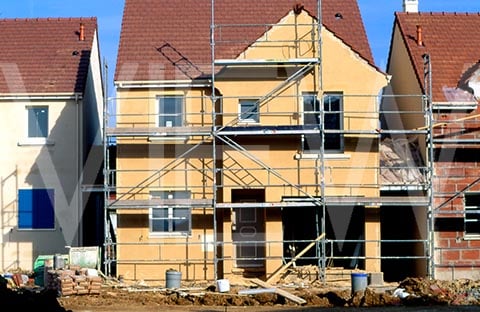 Output from the construction sector rose for the first time since last October, in a sign that the government’s controversial plans to boost the housing market are reviving activity

Housebuilders drove a bounce back in the construction industry last month in the latest sign the government’s controversial plans to boost the housing market are reviving activity.

Output from the construction sector rose for the first time since last October, according to the Markit/CIPS UK construction PMI. The news coincided with the latest attack on the government’s Help to Buy scheme, this time from the City analyst Albert Edwards, who branded it “moronic” and said it will burden young people with even more debt.

Still, for housebuilders, the scheme appears to be bringing new business after months in the doldrums with Markit’s survey suggesting residential building work increased at the fastest pace in more than two years in May.

That helped offset slumps for commercial building and civil engineering and lifted the headline construction output index to 50.8 from 49.4 in April, just pushing through the 50-mark that divides expansion from contraction. The index remained below its long-run series average of 53.9.

The report suggested that higher construction output was driven by a “robust and accelerated” expansion of residential activity. The increase in house building work was the fastest for 26 months.

That growth echoes reports from housebuilders such as Barratt Developments and Bovis Homes that trading has picked up after the government announced plans in the budget to help struggling house buyers.

The Help to Buy scheme offers taxpayer backing for up to £130bn worth of mortgage lending. But the scheme has faced criticism as risking creating another housing bubble in the UK. Warnings from from Bank of England governor Mervyn King and the International Monetary Fund were echoed this morning from Edwards, strategist at Société Générale.

He decries a “moronic policy” that will lead to the “indentured servitude of our young people.”

He comments: “What makes me genuinely really angry is that burdening our children with more debt (on top of their student loans) to buy ridiculously expensive houses is seen as a solution to the problem of excessively expensive housing.”

Despite the May revival in construction there was little sign of any new jobs in the sector. Markit’s survey suggested employment levels were broadly unchanged and staffing levels have failed to rise in each of the past three months with survey respondents citing subdued underlying demand.