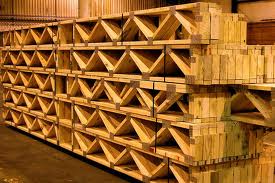 Manufacturers in the UK reported a solid output for quarter one of 2013, with the strongest order book figures in a year.

A survey from EEF, the manufacturers’ organisation, and advisory firm, BDO, showed prospects are improving, as manufacturers said they were increasingly confident of continuing upward trends.

Manufacturers in the North East reported the strongest growth, as a balance of 56% of firms said they expect an increased output in the next quarter.

Order expectations were also largely up in the North East, with 37% of companies anticipating a rise in demand over the next three months.

Total orders in the North West were up 13% over the past three months, while output was up 11%.

Expectations in the region for the next three months were just slightly lower than these figures at 11% and 8% respectively.

Despite these positive figures, the number of firms with plans for investment are down with just 7% saying they have plans to invest in comparison with 15% last year.

Every region saw a rise in output with the exception of the South West, where 5% of firms reported a fall following the strongest regional figures in EEF/BDO’s preceding report.

“While the demand environment in major European markets remains weak, and some individual industrial sectors are facing their own specific challenges, the improvement in output and positive expectations on orders bodes well for growth going into the second half of the year.

“However, a couple of aspects – namely the relative weakness in export orders and the softening in investment intentions – suggest that confidence may still need to be tempered for now.“

Tom Lawton, head of manufacturing for BDO, added: “There seems a definite lightening of the mood amongst manufacturers supported by positive order balances.

“However, recovery in the sector still remains tentative, clearly illustrated by firms’ reluctance to commit to future investment plans.“

“The survey results […] shows that UK companies are less optimistic about export orders but it is not yet clear whether this is due to the difficulties in Europe or difficulties in establishing a sustainable presence is the fast growing emerging markets.

“It is at this important point where it is crucial for Government and lenders to get behind the numerous positive indicators emerging from the sector and do all they can to help build the momentum of a recovery or risk seeing things stutter once more.

“EEF’s forecasts for growth in manufacturing this year have been revised down again in large part as a consequence of the larger than expected contraction in output at the beginning of 2013.

“A decline of 0.5% is expected in 2013, with quarter-on-quarter expansion strengthening in the latter part of the year. The forecast for GDP is unchanged from the previous quarter at 0.9%.“