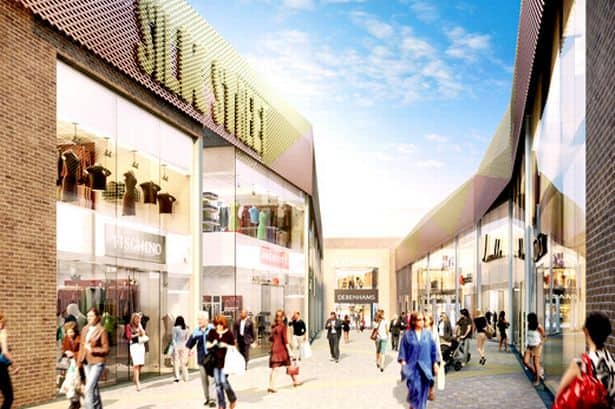 Cheshire East Council has announced a £500,000 investment into Macclesfield town centre in a further commitment to the town’s regeneration.

Plans were confirmed on Wednesday that a £90m redevelopment scheme will go ahead, while council leader Cllr Michael Jones said cash will be pumped into “tidying up” Chestergate, the Silk Heritage Centre, public signage and public areas.

Work has already been carried out in Macclesfield to repair and upgrade the market area, while paving around the town centre has been repaired and improvements have been made around the church area.

Cllr Jones said this was “phase one” of improvements, and “phase two” will be a multi-staged operation.

He said: “I am pleased to announce ‘phase three’ of this major redevelopment which follows my discussions with all parties before the planning decision was made.

“This will be a further £500,000 of Cheshire East capital funds spent on Macclesfield. This money was already budgeted for and will not be spent in any part of the Wilson Bowden phase.

“This is part of an ongoing commitment to see Macclesfield becoming a destination town in its own right.”

“Phase three” will include a “Free after Three” car parking scheme, which will be introduced in the Whalley Hayes car park.

Councillor David Topping, Cabinet member in charge of the environment, said: “The Free after Three scheme will be on a trial basis and on the one car park in Macclesfield.

“This will be with a view to extending to other towns. We believe this will provide a boost to businesses and encourage visitors and support the town centre.”