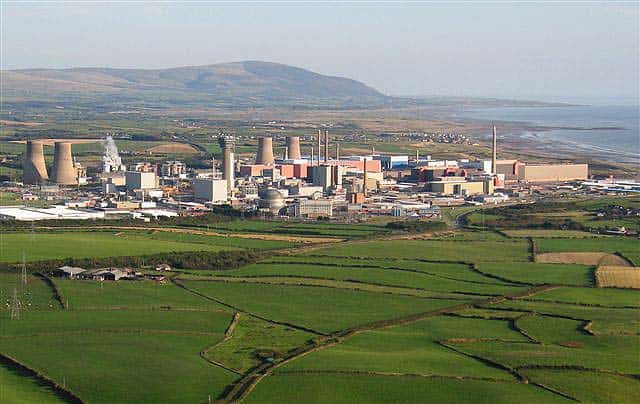 The Government is expected to take back control of the clean-up of nuclear waste at Cumbria’s Sellafield, following a string of failures by a private sector consortium of US, French and British engineers. Alarmed by spiralling budgets – £70bn and counting – and a series of delays to crucial projects, the Nuclear Decommissioning Authority (NDA) has quietly drafted in a team of consultants from the accountants KPMG to review how Sellafield is run, The Independent on Sunday can reveal.

It is running through three options to sort out a situation in which 12 of 14 major projects were behind schedule last year, as well as last month’s £700,000 fine for sending bags filled with radioactive waste to a landfill site in Cumbria rather than a specialist facility.

The most eye-catching – and believed to be favoured – choice, involves stripping the contract from Nuclear Management Partners, a consortium made up of URS from California, France’s Areva and Amec, one of Britain’s biggest listed companies.

A subsidiary of the NDA would be set up to oversee what is said to be the hardest nuclear site to decontaminate in either Western Europe or the United States. “Nuclear Management Partners have lost the confidence of the workforce and the local community, and there is a very firm view that [taking the work in-house] is the only real option,” said a source close to the discussions.

The two other choices are to renew the consortium’s contract or run a competition to find another private sector grouping to clean up the nuclear site. It is one of Britain’s oldest, having first been used in 1947 to produce plutonium for Britain’s nuclear weapons programme.

Handing the consortium another lucrative deal – the team earned £54m in performance-related fees in 2012 despite missing so many deadlines – would be a “scandal”, according to an industry source.

Rerunning the process to find a private sector partner is too costly and time consuming to be considered a viable alternative. A formal decision is expected to be announced in the autumn.

URS, Areva and Amec won the right to run Sellafield in late 2008, in a contract that was initially for five years, but could have been extended up to 2026 and was potentially worth £22bn.

In a report published in February, the Public Accounts Committee said that successive governments had failed to tackle the build-up of nuclear waste at Sellafield, which includes a 60-year-old storage pond with radioactive sludge that could half-fill an Olympic swimming pool. The report added: “Deadlines for cleaning up Sellafield have been missed, while total lifetime costs for decommissioning the site continue to rise each year and now stand at £67.5bn. It is essential that the authority brings a real sense of urgency to its oversight of Sellafield.”

An NDA spokeswoman said: “At £1.7bn a year of public expenditure, the NDA’s considerations over the Sellafield contract are of major significance. In support of our decision-making process, KPMG has been commissioned to gather information in relation to performance at the site in the first contractual term. The NDA continues to consider its options in relation to the Sellafield contract and has not yet reached a decision.”

The NDA’s search for a private sector group to decommission 12 other nuclear facilities, including Wylfa in Anglesey and Suffolk’s Sizewell A, is also in trouble due to several of the bidders’ track records. The four consortiums chasing the £7bn contract include Serco, which faces allegations that it charged the taxpayer for non-existent electronic security tags, and Rolls-Royce, which has teamed up with Amec. Rolls-Royce is being investigated by the Serious Fraud Office over allegations of malpractice in China.

There are security concerns over Bechtel. The US engineering giant co-manages Tennessee’s Y-12 National Security Complex, which enriched the uranium used in the Hiroshima bomb; it was infiltrated last year by three protesters led by an 82-year-old nun. CH2M Hill, which helped to build the London 2012 Olympics, was fined £12m earlier this year for overbilling taxpayers when it ran the Hanford nuclear site in Washington state. CH2M Hill self-reported the issue in 2004.

In a statement, the NDA said: “During the pre-qualification process, the track record of each business was rigorously evaluated on a range of issues, including financial standing, technical capability and health and safety.”