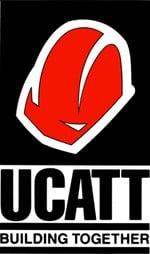 Construction union UCATT has welcomed the key findings of the Armitt Review.

The review, commissioned by the Labour Party and written by John Armitt the former chairman of the Olympic Delivery Authority, recommends that an independent cross party commission should be established to advise on major infrastructure projects.

The Commission would agree on strategic infrastructure projects and would support long term Government planning decisions.

Steve Murphy, General Secretary of UCATT, said: “The Armitt Review’s key findings are very important. If implemented they will reduce the short term thinking which is too often taken when considering construction projects.”