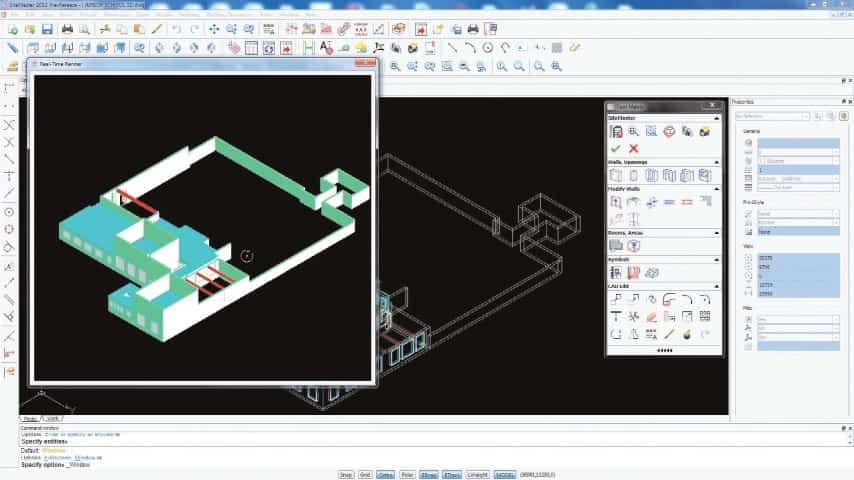 SOON TO BE RELEASED!

SiteMaster BIM 2013 makes the creation of 3D building models from surveys incredibly simple, even to the point of the Disto usurping the role of the mouse

As we draw near to the Government’s strategy to require BIM across all public sector construction projects by 2016, architects and surveyors might like to know that BIM implementation on a site development project can even start before the design stage, using an efficient and cost effective 3D surveying solution -i.e. BIM on existing buildings and not just new build. SiteMaster BIM 2013 from Graebert iSurvey & Mobile CAD Surveying provides users with the ability to create fully object orientated 3D models using only a handheld laser distance meter.

Furthermore, the 3D models and 2D representations can be exported either inIFC, .dwg and other formats to architectsand engineers who, in the course of developing the 3D models further, can add materials, objects and other component information. SiteMaster BIM 2013 is the latest version of the SiteMaster surveying product family that is developed from Graebert’s ARESCAD engine. The same engine utilised in the very popular CAD software, DraftSight from Dassault Systèmes, which has been downloaded over 4.2 million times so far.

SiteMaster 2013 is a 2D surveying tool with 3D viewing, and SiteMaster BIM 2013 has additional 3D capabilities and features with an IFC export. SiteMaster 2013 & SiteMaster BIM 2013 run on Windows 7 and 8 devices, which connect via Bluetooth with a laser distancemeter that can very accurately record all distances, angles, elevations within a building. The whole system is designed to be used by surveyors of varying capabilities, but who may lack architectural skills – i.e., not so much concerned about why a window is offset within a wall, and the direction in which it opens, but in recording the exact measurements of the object itself.

For more information or to register your interest