With the help of precision 21-century technology, archaeologists are mapping a dozen tunnels that were carved by Roman engineers into the mountains east of Rome in order to supply the ancient city with water

Some 2,000 years after they were hacked out of solid rock by Roman engineers, the aqueducts that brought fresh water to ancient Rome are being explored anew with 21st-century technology.

Archaeologists with specialist caving, abseiling and potholing experience are using lasers, remote-controlled robots and 3D scanners to map the dozen aqueducts that were built over centuries. 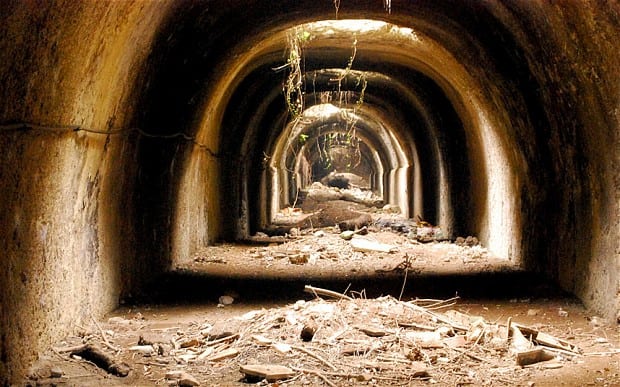 They are working from maps drawn up by Thomas Ashby, a British topographer and archaeologist who explored the hidden tunnels before and after the First World War. Almost a century later, the new breed of explorers is measuring the aqueducts with a degree of precision of which he could only have dreamt.

They are using 3D scanners mounted on tripods to produce accurate images of the inside of the tunnels, which are lined with Roman-era cement so smooth and unblemished, it looks as if it was applied just a few years ago.

Laser “rangefinders” enable the archaeologists to measure the size, direction and elevation of the tunnels, which are dug into the mountains east of the Italian capital.

The mapping effort is being led by amateur archaeologists with caving expertise from a group calledSotterranei di Roma (Underground Rome).

“The Romans were incredible engineers,” said Alfonso Diaz Boj, 52, a Spanish member of the group who led The Telegraph into an aqueduct near the modern-day village of Mandela.

“To slow down the flow of the water they deliberately built curved sections. Teams of diggers would start from opposite directions and then meet in the middle.”

The excavation was carried out by specialist engineers, he added, but the spoil would have been removed by slaves. “Ninety per cent of these aqueducts are tunnels – it was much easier to burrow underground than to build channels supported on pylons above ground,” he said.

But where the aqueducts emerged from the mountainsides into gorges or valleys, the Romans had no choice but to build bridges to carry the water to the next tunnel.

Pick marks left by their tools were clearly visible on the roof of the aqueduct, known as the Aqua Claudio. 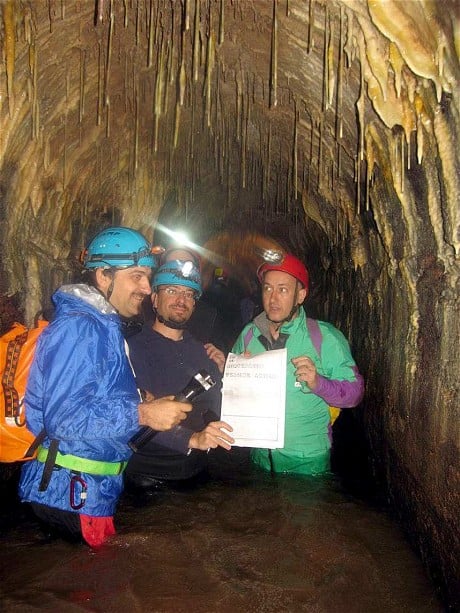 It ran for around 45 miles, from the mountains beyond the modern towns of Tivoli and Frascati.

Other aqueducts extended almost 60 miles from the city. The precious supply arrived at one of the ancient city’s gates, the Porta Maggiore.

Other members of the group are going underground in the city itself, exploring the cisterns, drains and tunnels beneath the Roman Forum with the help of a remote-controlled robot which they have named Lucius.

The six-wheeled “archeo-robot”, equipped with two powerful computers, three high-definition cameras and laser sensors, is able to trundle along narrow passageways which are too small or dangerous for humans to enter.

“It’s not very nice down there and there’s often a build-up of gases, so robots are ideal,” said Christopher Smith, the director of the British School at Rome, an archaeological research institute established in 1901.

“They’re very good for getting into difficult underground areas. There are miles and miles of tunnels beneath sites like the Colosseum, for instance, much of which we know very little about.”