Infrastructure and support services provider Carillion has joined other leading road maintenance companies and the Highways Agency to launch a national radio campaign to ask drivers to ‘take extra care’ through roadworks. 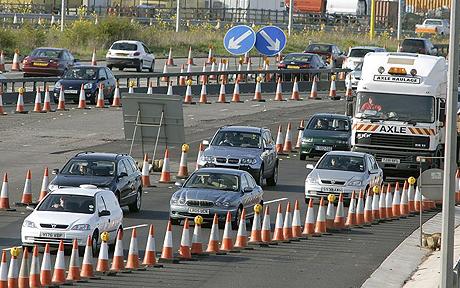 Every year there are hundreds of incursions into roadworks which put road workers’ lives at risk.

A series of hard-hitting messages are running on commercial radio stations across England until 3rd November to raise awareness among the public of the need to drive safely through road works.

All companies are members of the Roadworkers Safety Forum, a group dedicated to reducing accidents and injuries to roadworkers.

The first message consists of a series of sirens and bells and makes a direct appeal to HGV drivers to ‘wake up’ and remember that workers are ‘made of flesh and blood’.

The second message plays a recording of a ‘sat-nav’ voice instructing a driver to plough through orange cones and kill a father of two, and ends with the message “The next time you’re approaching road works, think about the road workers, think about their families.” A final message replays the sounds of a crash and reminds listeners that roadworks are a work place like any other.

The adverts are being broadcast during the Highways Agency’s Road Safety Awareness Week which will see awareness events taking place across the country, including the release of some hard-hitting CCTV footage which shows some of the worst incursions into roadworks on a motorway.