The £17 million project for a complete makeover of the front entrance of Leeds railway station has been given the go-ahead by the government.

Work will see passengers receive better access to the railway site, with a new pedestrian entrance and improved access to the southern side of the station from the existing platform footbridge. 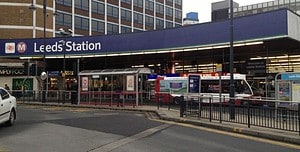 The minister said the scheme will help the Leeds city economy to grow as it will provide improved access for the people who work towards the southern end of the station.

Baroness Kramer said: “The £12.4 million we are putting into this project shows that the coalition government is serious about investing in the infrastructure the country needs to drive economic growth both locally and nationally.”

The southern quarter of the city centre is currently in the midst of a regeneration project and a number of new jobs are expected to be created in the area within the next few years.

Leeds has been attracting more jobs and visitors in recent months, following the opening of the Trinity Centre shopping and dining destination in the heart of the city.

Construction work will see an enclosed structure located over the River Aire, featuring stairs, lifts and escalators, improving access to ground level either side of the river from the current western footbridge.

Other features of the new development include improved CCTV, additional help points, ticket machines, passenger information facilities and cycle parking – among other things.

An additional £5 million for the scheme will be added to what the government is already prepared to offer and work could be completed as early as March 2015.

The scheme was initially granted funding approval in 2011, following the Spending Review process. Final confirmation of the money set to be offered means work can finally get underway.