Skip to content
Swift action by employees at Sims Crane & Equipment Co. helped emergency responders quickly locate the body of a railroad worker crushed in a train derailment on October 25 in Sanford, FL. Chris Arnold, Sims’ Orlando-based crane application specialist, said that minutes after he heard about the derailment on a radio newscast, he was in touch with his Railworks Corporation client contact at the Sun Rail accident site, and offered to send a crane to lift the derailed cars back on track. Arnold said he did not know then that a railroad employee had been crushed beneath one of the cars, which were carrying gravel at the Sun Rail expansion construction site. “We work derailments regularly, but this was the first fatality for me,” said Arnold. When given the go-ahead by his Railworks contacts to send a crane to the site, Arnold contacted two nearby Sims crane operators – one with a 175-ton rig in Orlando and one with a 110-ton rig returning from a job in South Daytona. Both headed to the site, and within 90 minutes from when Arnold first heard about the accident, the 110-ton arrived first with Certified Crane Operator Bill Leonard at the controls. “Within 30 minutes of arriving, he was set up and fully rigged for the lift,” said Arnold. “As a safety concern, we had Florida Power & Light cut the power to the overhead lines before making the lift.” Leonard gently hoisted the end of the rail car – a lift of about 36,000 pounds –  up and away from the spill site, and a team from the Seminole County Coroner’s Office removed the body. The lift lasted 30 minutes until emergency responders could complete their investigation. In the meantime, the 175-ton rig had arrived to serve as backup if needed. Total time elapsed from first awareness of the accident to securing from the site was about two hours, Arnold said. “It was a tragic event and our hearts go out to the family of the deceased railroad employee,” said Dean Sims II, vice president of marketing, Sims Crane & Equipment. “We are gratified we were able to play even a small role in this emergency response situation as a service to our community.” 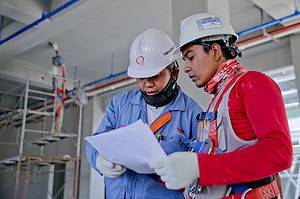