Computer game retailer Game will have to pay £3m to a collection of Britain’s biggest landlords after it lost a landmark legal case about unpaid rent. 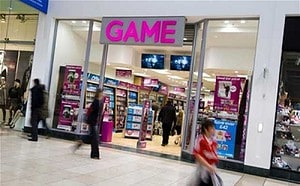 The ruling by the Court of Appeal closes a legal loophole that meant companies could avoid paying rent for three months if administrators were appointed shortly after the quarterly rent day.

A consortium of property companies including Land Securities, British Land and Hammerson claimed they missed out on millions of pounds in rent when Game called in administrators in March 2012.

Landlords have claimed for years that Britain’s insolvency laws allowed struggling retailers to exploit legal loopholes and leave property companies out of pocket.

Game is now controlled by Henry Jackson’s OpCapita and the hedge fund Elliott Advisors, who bought the company out of administration. It has been considering a £300m IPO after a rise in sales during the Christmas period.

In a statement, Game said the ruling “fundamentally changes the law in relation to the payment of rent in an insolvency context”. The company said it took a provision against the potential rental payment in its accounts for the year to July 31 2013.

Game said: “The real ramification of this decision is that it will have a significant financial impact on all landlords, tenants and insolvency practitioners involved in current and future business insolvencies in this country.

“Game strongly argued against the law being changed on legal and commercial grounds and is now considering the possibility of an appeal to the Supreme Court.”

Duncan Grubb, head of credit control at Hammerson, said: “Corporate restructuring will now be focused purely on trading patterns and the viability of the ongoing business, rather than on rent free periods from landlords provided by a legal loophole.

“This judgement is beneficial to both landlords and insolvency practitioners, as it removes completely the issue of the rent due date.

“Previously landlords would seek payment of rents prior to an appointment being made, in the knowledge that they may receive nothing afterwards.

“Insolvency practitioners on the other hand could delay appointments until after the rent due date to take advantage of an enforced rent free period.”