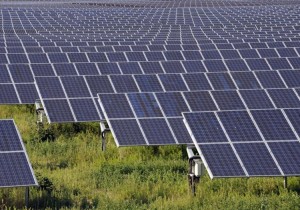 The proposed scheme on land owned by Costain since the early 1960s could generate 5.5MW of energy, enough to power around 1,650 homes.

The 37-acre site, near Sipson Road and Holloway Lane in the London Borough of Hillingdon, was originally used for gravel extraction.

Later it was used by the local council for landfill and sealed and reinstated in 1972 before being returned to Costain.

Due to its poor state, the land has since been unused and undeveloped.

Costain said a solar farm could be a viable proposition, in the light of new planning guidance encouraging energy from renewable sources.

Ian Shervell of Costain’s Investments Team, said: “A number of projects have been looked at over the years but none of them were viable.

“We believe the solar farm ticks all the boxes. The intention is to seek planning permission to develop a solar farm which will not only generate green renewable energy but also enhance the site’s poor biodiversity and ecology.”

If approved, the project is expected to take three months to build and have a life of 30 years, after which the solar farm will be removed.