House building grew for a 15th month in April, the longest period of continuous growth since 2006/07

UK house building is enjoying its longest run of growth since before the financial crisis in a further sign of Britain’s booming property market. 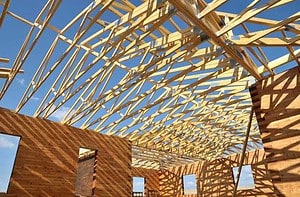 Housing construction grew for a 15th month in April, the longest period of continuous growth since 2006/07 according to the Markit/CIPS construction PMI.

Activity in the broader construction sector, which also includes commercial property and civil engineering, grew for the 12th month in a row but at the slowest pace in six months according to the PMI, with the headline index slipping to 60.8 from 62.5 – anything above 50 signals expansion. The figures suggest growth in the sector – which accounts for about 6% of the economy – remains robust.

The figures came in below economists forecasts of 62, but Rob Wood, chief UK economist at Berenberg, said the survey showed the construction sector was still “red hot”.

Confidence among construction businesses remained elevated, according to the survey, while employment in the sector rose for an 11th month. The Office for National Statistics said in a separate report that job vacancies in the construction industry in particular had risen recently, with firms seeking to recruit more staff to meet growing demand. It said the number of vacancies jumped from 14,000 in the three months ending November 2013, to 20,000 in the first quarter of 2014.

Tim Moore, senior economist at Markit, said: “Construction growth has started to moderate from the rapid pace seen over the winter, but strong rises in new work and payroll numbers provide ample optimism that output will expand strongly over the course of 2014.”

House building grew at the fastest rate of all three sub sectors included in the PMI, although it was slightly slower than the rate of growth in March.

It follows a warning from Sir Jon Cunliffe, the Bank of England’s deputy governor for financial stability, that Britain’s housing market could be heading for a fresh crash. He said it would be dangerous to ignore the momentum apparent in the property market across the country.

“This is a movie that has been seen more than once in the UK,” he said.