Estate agent Hamptons International says house price growth in greater London will cool to 3pc in 2015 from 15.5pc this year 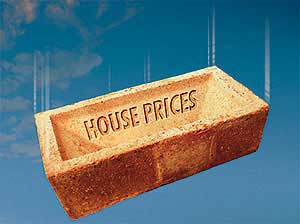 Dramatic double-digit increases in London house prices will come to an abrupt halt next year, as anxiety around the general election and rising interest rates puts a severe dampener on growth, according to a report from Hamptons International.

House price growth in greater London will cool from 15.5pc this year to just 3pc next year, according to the estate agent’s latest forecasts.

Even the most sought after areas such as Kensington & Chelsea and Westminster will not be immune from the softening market; Hamptons believes growth in prime central London will weaken to 3pc in 2015 from 10pc this year.

The research from Hamptons, which specialises in selling houses in London and the South of the UK, appears to confirm reports of panic selling this year as homeowners try to cash in at the top of the market before a significant cooling next year.

The estate agent says house prices so far this year have increased at a faster pace than expected. In particular, homeowners in London are selling up now to move to larger propertoes in the suburbs in order get the biggest bang for their buck before the tide turns in the housing market next year.