A Hove-based firm has been fined after it flouted asbestos regulations and removed some of the dangerous material just three weeks after being refused a licence to carry out such work. 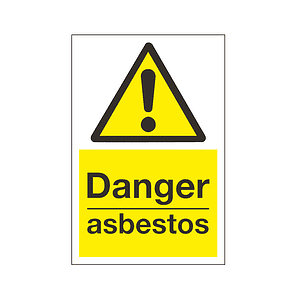 The case was brought by the Health & Safety Executive (HSE) after investigating a complaint that an unlicensed contractor was carrying out asbestos removal work.

The court was told that ADL’s licence to remove asbestos had expired the previous month in September 2013.  The firm had applied for a renewal of the licence and had been for a renewal interview with HSE on 1 October. However this had resulted in an outright refusal based on inadequate performance.

After the hearing, HSE inspector Denis Bodger said: “ADL obviously decided to ignore the fact that its asbestos licence had expired and also that the application to renew had been refused. Instead it carried on regardless and went ahead with work at the premises, removing a ceiling that contained asbestos insulation board.

“When ADL’s licence expired, the firm should have ceased to carry out any work with asbestos-containing materials that is required by licence.  ADL was fully aware of what types of activities are covered and knew perfectly well that it was illegal to undertake the work they did.

“Work with asbestos requires a high degree of regulatory control. It involves working with a category one carcinogen, with asbestos-related diseases causing some 4,500 deaths each year in the UK, as well as many serious illnesses. When this type of work is undertaken by an unlicensed company, HSE has no ability to ensure it is done safely.

“Non-compliance with asbestos-licensing requirements is not acceptable and HSE will continue to enforce the law to protect both workers and members of the public.”