Over £7 billion of planned construction works could be in jeopardy if Scotland votes for independence next Thursday.

Scotland is presently benefitting from a work boom with more than £38bn of construction projects planned. 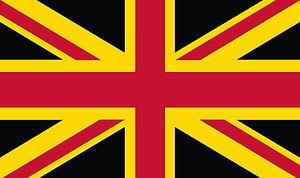 But, according to research by construction intelligence specialist Barbour ABI a fifth of these are being funded by investors based outside of Scotland.

Researchers warn that the likelihood of these projects going ahead as intended may hang in the balance depending on next week’s result.

Scotland has a higher prevalence of contracts in the infrastructure, healthcare, education and industrial sectors compared to the wider UK market. It is under-represented in the commercial, retail, residential, hotel and leisure sectors.

Michael Dall, lead economist at Barbour ABI, said:  ”There are a large number of projects in the pipeline in the renewable energy sector which is subsidised by the UK-wide renewable obligation, calling these into question.

“If Scotland does choose independence, it’s likely that negotiations between UK and Scottish Governments will be prolonged and complex, posing a potential risk to both public and private sector contracts.

“With the lion’s share of planned works being funded by non-Scottish businesses, the currency question will also have a direct impact.”

Contracts research company Glenigan has seen a sharp fall in the value of projects securing planning approvals so far this year.

The value of  industrial, office and retail projects granted planning dropped by £230m.

The utilities sector has also suffered a notable decline in the first seven months of this year, with the value of approvals falling 26% compared to the same period in 2013 – a £100m deficit.

“The danger is that these uncertainties persist following the referendum.

“Commenters have raised concerns that firms headquartered outside of Scotland may reassess their investment plans in the event of a yes vote next week.

“In the event of a yes vote it will be important that the key economic issues, from the currency to the operation of energy markets, are quickly resolved in order to provide the private sector with the confidence to press ahead with planned investments.”