Developer Capital & Counties has today confirmed that Keltbray will start demolition in February of the famous Earls Court exhibition halls in West London.

The vast job is due to take 18 months to two years to complete, paving the way for major construction works to create a new 7,500-home neighbourhood.

Sir Robert McAlpine and Keltbray have been on board as construction and demolition advisers on the vast project.

The first phase of the £3bn Earls Court scheme at Lillie Square has been prelet and enabling works are almost complete. 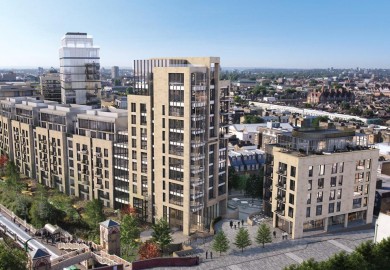 Lillie Square will consist of 808 homes and will sit next to four new neighbourhoods planned on 77 acres surrounding Earls Court exhibition halls.

A contractor is yet to be confirmed for the first blocks at Lillie Square.

It will also see the development of a new primary school, a new leisure centre, new health facilities as well as community and cultural spaces.

Thirty seven acres of green open space will be provided, including a new five acre park and there will also be significant improvements to the transport infrastructure including increased capacity at Earls Court, West Kensington and West Brompton underground stations.