The first rugby match has already been held at the Olympic Stadium after construction workers on the site staged an impromptu match.

The workers were spurred into action during a visit by England’s Jason Robinson and New Zealand’s Robbie Hunter-Paul to promote the upcoming autumn international Rugby League series.

Balfour Beatty staff persuaded the rugby legends to head-up two teams who battled it out on a makeshift pitch in the middle of the construction site.

The first – and winning – try at the stadium was scored by Robinson as England notched-up a rare victory over the Kiwis.

Stuart Fraser, Stadium Project Director from Balfour Beatty, said: “We knew Jason and Robbie were coming down to see the Stadium’s progress and as quite a few of the lads are League fans, we joked about passing a ball around and seeing if they’d dare to get their suits dirty.

“We never thought for a second that we’d split into teams with Jason captaining England and Robbie New Zealand. It was a really surreal but fantastic experience.”

Robinson said: “I certainly didn’t wake up this morning thinking I was going to score the first try at the former Olympic Stadium!

“It all started as a bit of fun but those lads weren’t holding back and naturally they’re built like steel.

“It was a brilliant match, everyone enjoyed it and I can’t wait for the Stadium to be finished. Next time we’ll have some grass to cushion the blows.”

Hunter-Paul added: “I’m bitterly disappointed that we didn’t win. If truth be told, I let Jason win but only because I know the Kiwis will finish what we started when they come here on the seventh of November.

“It should be a really special international series – especially in this fantastic Stadium.” 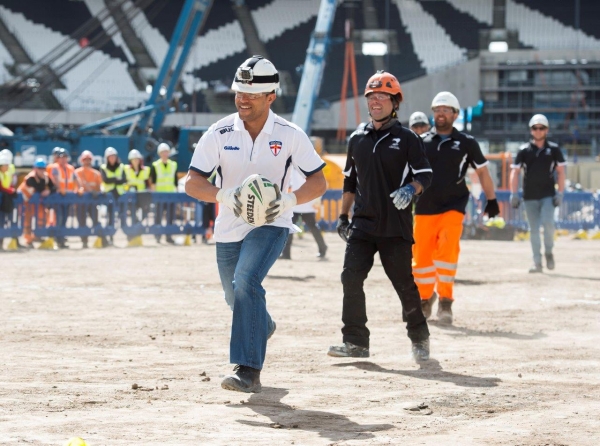 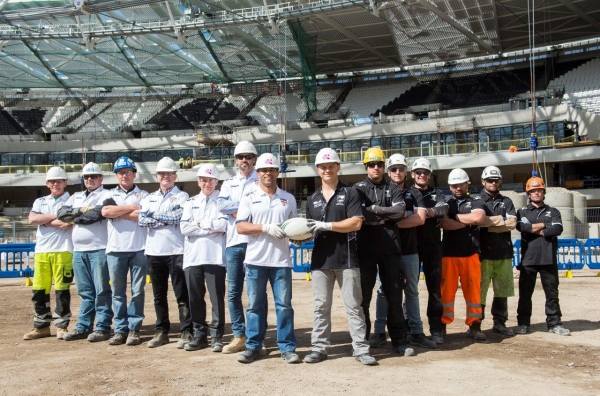