Chancellor George Osborne is launching a radical revamp of planning rules in a bid to boost house building levels across the country. 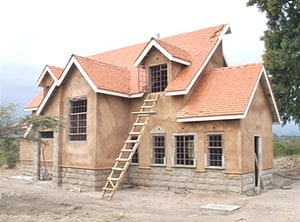 Automatic planning permission will be granted on many brownfield sites while major housing schemes could also be fast-tracked.

The moves will be part of a plan called “Fixing the Foundations” to boost the UK’s productivity revealed today by the Chancellor as a follow-up to his latest Budget.

Planning powers will also be devolved to Mayors in London and Manchester while councils will be sanctioned if they take too long to deal with applications.

Osborne said: “Britain has been incapable of building enough homes.

“The reforms we made to the planning system in the last Parliament have started to improve the situation: planning permissions and housing starts are at a seven-year high.

“But we need to go further and I am not prepared to stand by when people who want to get on the housing ladder can’t do so.”

Melanie Leech, chief executive of the British Property Federation, said: “The raft of planning announcements today really hit the nail on the head for a number of planning issues.

“We are particularly pleased to see a commitment to bring forward brownfield land for redevelopemnt and also the focus on Local Plans, as the absence of such is a real block to local growth.

“In order for these changes to make a difference, however, we strongly urge government to begin a dialogue with both the public and private sectors on how to address the severe shortage of funds which is afflicting local planning departments.

“The private sector will need to play a part in helping to address this funds shortage, and this needs to be explored fully if we want these new measures to work.

“We would also have liked to have seen some commitment to growing the purpose-built rental sector, which has an important part to play in solving the housing crisis and creating a balanced housing market.

“We warmly welcome the government’s recognition of how a functioning and efficient planning system can contribute to the UK’s growth by creating not just new homes, but also the infrastructure that supports great places.”

Reporting on the top construction companies in the UK, and the latest construction industry news for over 10 years. Guest writers are welcome to contact us for any contributions or guest post requests for our construction blog: ukconstructionblog@gmail.com