Skip to content
This JV will work as a Tier-1 contractor responsible for engineering, procurement and construction of the £14bn project in Anglesey. The deal paves the way for the JV known as Menter Newydd, meaning New Venture in Welsh, to strike deals with key subcontractors. Menter Newydd will scale up its UK presence in the coming weeks and months, developing construction plans for the Wylfa Newydd site.
Suppliers interested in any aspect of Menter Newydd scope should register details at www.hitachi-hgne.co.uk and Menter Newydd will communicate further contracting structures, routes to market and contact points, in due course.

Duncan Hawthorne, Horizon CEO, said: “This is an important step in any large, complex infrastructure project and it adds to Wylfa Newydd’s growing momentum.

“The depth and breadth of expertise Hitachi Nuclear Energy Europe, Bechtel and JGC bring to the Menter Newydd venture will help us ensure the timely delivery of our project, which will be vital for meeting the UK’s energy gap.

“We look forward to working with the team and continuing to make great strides with our plans.”

Combined, the partners have been involved in the delivery of more than 170 nuclear power stations, as well as a huge array of complex infrastructure mega-projects.

Hitachi Nuclear Energy Europe draws on Hitachi’s 50 year history of Boiling Water Reactor deployment, including 4 ABWRs, the technology that will be built at Wylfa Newydd, while Bechtel last year completed construction of the first nuclear power station authorised to operate in the USA this century, at Watts Bar in Tennessee.

Hitachi’s Malcolm Twist, Project Director for Menter Newydd, said: “We expect to begin firming up relationships with our main subcontractors – many of them British – very soon.”

Hitachi-GE, which has been operating under a front end engineering and design contract to Horizon for more than three years, will continue to provide the UK ABWR technology, under subcontract to Menter Newydd.

The appointment comes as Horizon continues to make progress across all areas of the Wylfa Newydd project, having just completed a further stage of public consultation in North Wales and recently launched its apprenticeship scheme.

Site development work is also continuing to advance and the UK ABWR remains on track to complete its regulatory Generic Design Assessment by the end of 2017. 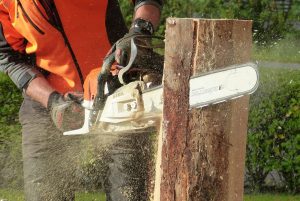