Skip to content
Councils across England are today finding out their share of £1.2bn local roads funding for the next financial year. Transport Minister Andrew Jones announced funding to improve roads, cut congestion and improve journey times includes money from the new National Productivity Investment Fund, announced in the Autumn Statement and the Pothole Action Fund. It also includes £75m which councils can bid for to repair and maintain local infrastructure such as bridges, street lighting and rural roads. The government has today also published further information about what the funding will be spent on – the latest step in the economic plan to stimulate the economy and build a country that works for everyone. A key part of this is putting in place improved transport links including better roads, to help people access work, school and services. Transport Minister Andrew Jones said: “The funding we have allocated today is focused on relieving congestion and providing important upgrades to ensure our roads are fit for the future – helping to build an economy that works for everyone. In a further effort to reduce the number of potholes the Department for Transport will begin a new innovative trial, in partnership with Thurrock and York Councils which could revolutionise the way potholes are identified and managed. A pothole-spotter system, mounted to refuse collection vehicles, comprising of high-definition cameras, integrated navigation system and intelligent software will be deployed to identify road surface problems before they become potholes. The DfT will also support plans for a new motorway junction on the M11, near Harlow in Essex. This will help to ensure the delivery of 15,000 homes and support continued growth in the local economy. 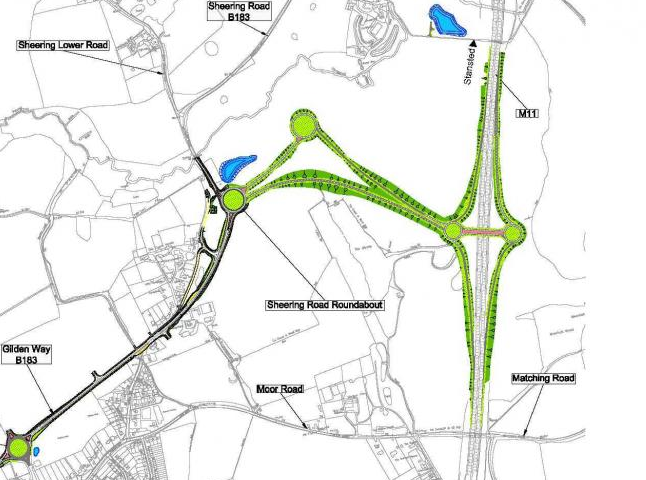 The new junction, to be known as Junction 7A, will sit to the north of Harlow, and will cut several minutes from journeys to Stansted and Cambridge. The scheme will provide better access to the motorway both for new residents and for the existing inhabitants of Harlow and Sawbridgeworth; plus less congestion on the existing junction 7. The project will be part-funded by Essex County Council, and could begin construction in 2019.