Skip to content
Plans for the  Ovatus 2 tower have been put forward by a joint venture between Prospect Capital and Wilcocks & Wilcocks. It will sit next to the 27-storey Ovatus 1 tower which was submitted for planning last December with a target construction start date of April 2017 for the £37m contract. The adjacent plot of Ovatus 2 currently houses a Shop Direct data centre. Developers will have to wait until 2018 for the building to become vacant before any building work starts. Ovatus 2 has been designed by Hodder+Partners and comprises a total of 530 apartments reaching eight storeys higher than West Tower – the city’s current tallest building. Partners Martin Wilcocks, of Wilcocks & Wilcocks, and Craig Blackwell, of Prospect Capital, have worked together for a number of years on development projects throughout Liverpool’s business district. The pair acquired 122 Old Hall Street and adjacent land last April for £3.25m. The Ovatus 1 and 2 project is already fully funded and the first tower has secured enough pre-sales to ensure that it will be fully occupied on completion. Wilcocks said: “This is a highly visible, landmark location that stands at the gateway to Liverpool’s World Heritage site. “We’re working with a strong team that we know will deliver the build in a way that does justice to its potential. “Hoder+Partners, Indigo Planning, WSP and PlanIt are already doing fantastic jobs at the planning stage and we look forward to working closely with them all to bring the planned addition to the waterfront skyline into reality.” Blackwell said: “Following on from our Ovatus 1 application at the same site in Liverpool we feel that Ovatus 2 not only compliments the original tower but also makes a big statement as to where the market in Liverpool is now moving. “We will be working with exactly the same team on both towers and are excited to be part of what will be the tallest building in Liverpool.” 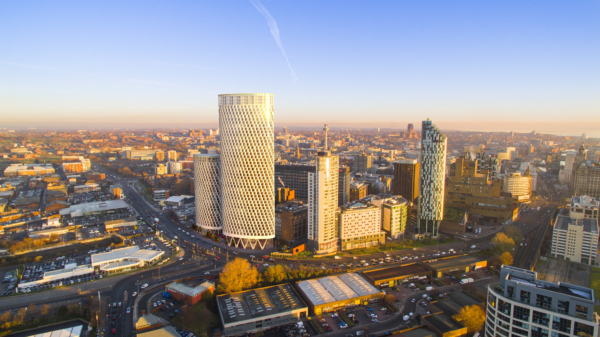