A CALL FOR QUALITY TO BE INCLUDED

By Martin Townsend, Director of Sustainability at BRE Global 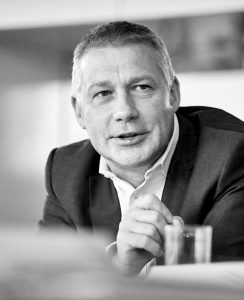 When Prime Minister Theresa May called for a snap General Election last month she made it clear that Brexit – and in particular her attempt to strengthen her hand ahead of potentially UK prosperity-defining trade negotiations with the European Union – was central to her decision. Brexit has dominated the early pre-election political exchanges and with less than five weeks to go until the electorate heads to the polls, we expect the issue to remain at the very top of the agenda for all the main parties. As such, we feel that housing and construction, as high-value commodities and significant contributors to UK export figures, should be given due consideration by all the main parties in their election manifestos. Furthermore, the debate should be extended beyond mere number-based targets to factor in wider issues such as quality and the sector’s post-Brexit significance.

The UK construction industry is currently seen as being at the leading edge of sustainable design and construction, as exemplified by the major roles played by UK companies in the success of a broad range of high-performance projects in both the UK and abroad.

As a result, the UK’s sustainable design and construction capabilities – including its knowledge and expertise as well as its focus on innovation, driven by standards such as BREEAM – have become significant contributors to UK exports.

Given that the campaign manifestos currently being finalised will span a period when UK prosperity will be heavily dependent on our position to negotiate favourable trade deals with Europe, ensuring we protect and nurture these assets is essential.

This requires active debate and investment on a level much deeper than just numbers – both in terms of targets and budgets.

By way of example, the Labour Party has recently pledged to build one million new homes during the next five years. All well and good, but there has been no commitment given to the quality of these homes and the viability of delivering quality homes and communities.

If we are not to create any “dead weight” (cost) to the treasury for UK PLC, one area that the political parties could give some thought to is evolving existing mechanisms to be more effective to new challenges. With increasing demands placed on Planning Authorities, and reduced funding to be as much of a mantra post-election as it is pre-election, it is essential that the parties give local authorities space and capacity to look at development and the wider context of what we need to achieve at a neighbourhood/community scale.

This should be focused on seeking positive improvements in the quality of the built, natural and historic environment, as well as in people’s quality of life:

I therefore hope that the parties, as they look to an agenda of growth, ensure this wider perspective is taken. We have already heard much talk about the police and the NHS, but to ensure that we don’t put the pressure on these important services in time of crisis, we need to build better communities to reduce crime and promote healthier living.

With all the necessary elements already in place, there is just the need to take the long-term view on the viability of development – the avowed purpose of the planning system but sometimes only looked at as the viability of the individual site and not the wider community. I would therefore hope that the parties look to recast how we consider development.

A number of keen eyed readers will perhaps already noticed increased amount of column inches given to land value capture as a concept. But one thing is for sure we need to:

I hope the debate on quality as a base to demonstrate what the UK can achieve and to drive the quality of our buildings and communities is one that will not get passed by in the various manifestos that will land on our desk in the coming days.

To make BREXIT work, we need to show what we can achieve and make the UK a success. Quality is a key to much that we need to achieve to drive this success.