Skip to content
Global ecological awareness is an increasing priority in construction – both for the construction companies, and the homeowners and businesses buying such properties. Of course, eco-approaches, sustainability and the use of exciting and innovative recycled (and recyclable) materials can only be a good thing when it comes to building necessary homes, business and public service premises. Yet there’s another piece of good news: eco-construction is getting competitive. There are now prestigious awards, such as the Global Good Awards UK’s Building Sustainably Award, which rewards and highlights those building projects which showcase innovation in eco-construction. Not only does winning such awards offer significant kudos for construction companies, earning them recognition and respect for their achievements and methods, but also the healthy competition generated inspires continued growth and innovation in this important area of construction. This was certainly demonstrated in 2017, with distinguished RIBA award for sustainable design being awarded to:   #1 The Enterprise Centre, University of East Anglia Since its completion in 2015, this highly eco straw-clad building has won many awards including several from the Royal Institute of British Architects (RIBA). The building’s eco-credentials include a real focus on sustainable materials, which incorporate straw cladding to the exterior of the building. 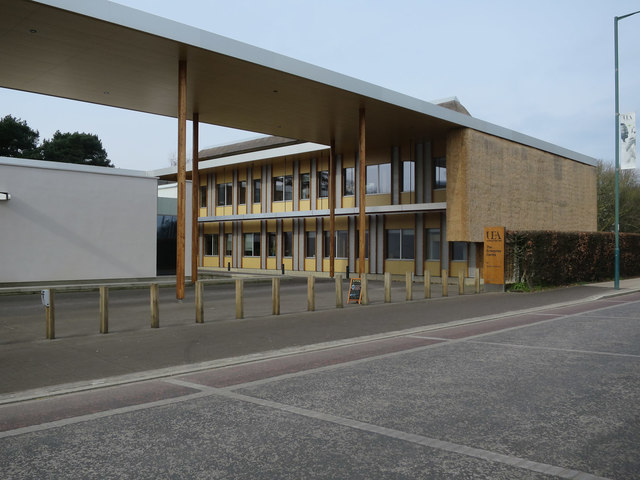 #2 Blackburn Meadows Biomass Power Plant, Sheffield Sought to replace recently demolished local landmarks, the Tinsley Towers, the construction of this new power plant needed not only to be robust in terms of its function and its eco-construction credentials, but also sustainable in terms of its heritage symbol’s contribution to the local landscape.   The new plant needed to: “Provide a striking new landmark in the place of the recently demolished Tinsley Cooling Towers, entering public consciousness as a marker for the city and a beacon of sustainable energy production.” (E.On)

And as well as these award-winners, there are plenty more buildings which have been going up as part of dedicated eco-construction …   #3 Bloomberg’s European HQ, London This magnificent 10-storey high building in London is not only winning awards, but also setting new standards when it comes to sustainable construction and efficiency for office buildings. 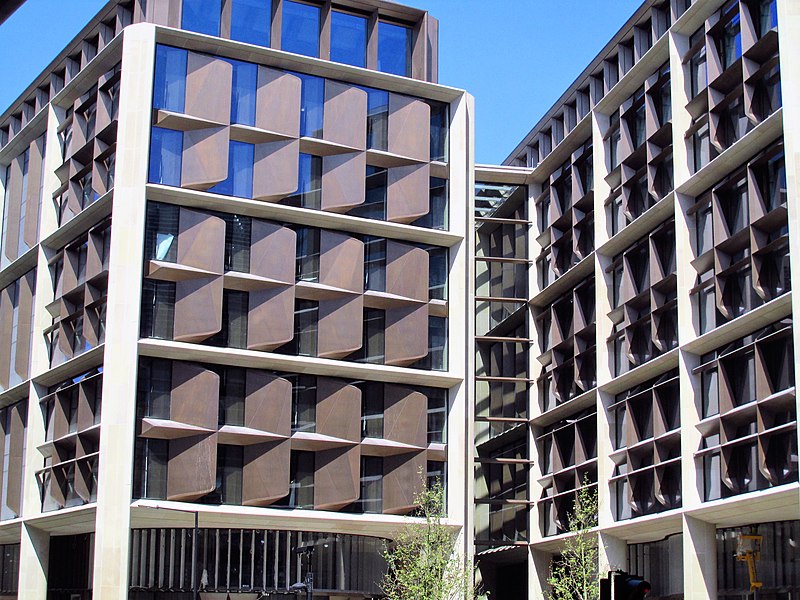 The building has earned a massive 98.5% BREEAM score (Building Research Establishment Environmental Assessment Method), the highest score ever awarded and which relates directly to global sustainability standards. Eco-friendly methods for construction and efficiency include:   #4 Heelis, National Trust HQ, Swindon You’d expect the National Trust to have something to say about buildings leaving a legacy of the positive kind, and their HQ in Swindon carries this idea right through its eco-friendly design and construction. The National Trust offices are recognised as being among the greenest in the UK, offering:

#5 Earth-Sheltered social housing scheme, Honingham, Norfolk It’s back to Norfolk again for this eco-scheme which has been up and running for approximately a decade now and was also, at the time of construction, considered for the Royal Institute of Chartered Surveyors (RICS) Sustainability Award. But even today, the development continues to draw attention from its focus on going ‘back to the roots’ of sustainability, particularly in the context of the current housing crisis. 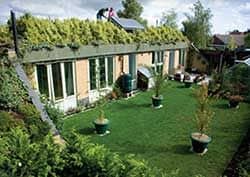 The complex of four bungalows is constructed so that the majority of the accommodation lies under ground, effectively using the earth and layers of plants on top as insulation. In this way, the building is naturally protected from all extremes of weather and temperature, being both energy efficient and freeze proof, so much so that no conventional heating systems are required.   Since being built, the properties have also proved low maintenance and to ‘heal’ the signs of their own construction, now blending beautifully with the natural environment and providing welcome habitat for both human occupants and wildlife on the roof. Such developments are now moving back into the limelight as the latest generation of eco-builders (and possibly housing ministers) consider the debate between green space and much-needed housing: by providing shelter for living or working, with minimal impact, then these buildings can really stand out just by blending in.   Finally, as with any construction site, eco-construction also requires barrier products for safety and security. Talk to SafeSite Facilities if you’re specifically looking for construction site products which are also designed with recycling and sustainability in mind.