After recent UK Government investigations found that fire doors from five suppliers failed to meet even the minimum mandatory fire performance standard, door hardware experts are being urged to have their say in the consultation on the clarification of Approved Document B (ADB).

The Ministry of Housing, Communities and Local Government (MHCLG) began investigating the fire door industry after it was found that a glazed, composite fire door from Grenfell Tower had failed a 30 minute fire resistance test after approximately 15 minutes.

Now work is starting on amending the Approved Document which gives guidance on compliance with Part B of the Building Regulations in England.

The consultation focuses on the clarity and the usability of ADB. In addition the consultation is taking on learning from the Grenfell Public Inquiry and various other consultations that are currently running, including the use of combustible materials and the use of desktop studies and assessments in lieu of fire tests.

The Guild of Architectural Ironmongers (GAI) will be producing a response on behalf of the ironmongery industry and is calling for door hardware professionals to participate in the submission.

The consultation asks for comment and evidence on a number of proposed clarifications to ADB including moving the guidance for flats into Volume 1 (Dwellinghouses), clarity of signposting towards other standards, guidance documents or approved documents, and whether there is any guidance in ADB which should be in an industry standard instead. 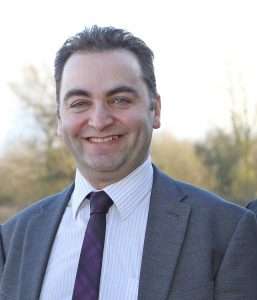 “Our members have such vast experience of dealing with fire door hardware. They regularly encounter ironmongery that has been incorrectly specified and have to rectify the mistakes of people who don’t understand the important role of ironmongery on a fire door, or who have struggled to interpret ADB and the other supporting documents.

“We’re encouraging our members to share these experiences and their technical expertise to drive meaningful change within legislation, helping to improve the scope of standards within the fire door industry and ensure a higher standard of hardware being used throughout the UK.”

MHCLG has advised that in early autumn 2018 it will launch a wider technical call for evidence on ADB and supporting documents. An announcement of the outcome of the consultations into the use of combustible materials and the use of assessments in lieu of fire tests is expected in late autumn 2018, and in early 2019 a clarified ADB and roadmap for wider technical policy changes will be published.