Grimsby-based Forbes Burton, a company rescue and insolvency specialist has warned that ongoing uncertainty over Brexit means more companies could be facing financial difficulties in the months to come.

This warning has come as new figures from risk management specialists Red Flag Alert and The Insolvency Service have been revealed, showing that almost 1 in 5 UK businesses are classified as being in ‘significant distress’.

Rick Smith, Managing Director at Forbes Burton says: “This is a real concern and should be taken seriously. For example, in the Yorkshire and Humber area, companies with Critical Problems (companies with County Court Judgements totalling £5,000 or more) rose from 130 Q1 2018 to 172 Q1 2019 and in the East of England, which includes Lincolnshire, the figures were up from 155 to 168 over the same period.

“The impact of the uncertainty around Brexit is really starting to take hold now and we may see even more increases in the number of businesses facing problems in the future.”

The construction industry, usually used as a ‘bellweather’ for the UK economy showed a 9% increase in businesses in financial difficulty. The East of England specifically showed a 6% increase from the from Q4 2018 to Q1 2019.

Rick added: “The hotels and leisure industry have also been hit hard by Brexit uncertainty. The reduced labour supply as the number of foreign workers falls and the cost of a 5% increase in the national living wage has pushed 9% more hotel businesses into financial distress as last year.”

Rick explains that the lack of business travel could have had the biggest impact on hotel profits, as businesses cut back on travel in light of the uncertainty over whether or not the UK can scramble together a Brexit deal.

Premier Inn owner Whitbread also recently reported a 40% decrease in annual sales since the Brexit referendum and blames lack of business travel as a major factor.

Rick continued: “Many businesses have been preparing for a no-deal Brexit for a while now, but if you haven’t, now is certainly the time.

“A no-deal Brexit has the potential to seriously disrupt business in the UK for an extended period. Every business should be ensuring that it has good cash flow and that all financial accounts are up to date. Should the country hit a period of even more economic uncertainty, it is essential that you know how healthy your business is and how well you can weather out the Brexit storm.”

“It’s also a good idea to check on your suppliers. I would always recommend you keep your options open. If your most trusted clients start to feel the pressure, ensure you can fall back to another more stable supplier. It’ll help keep your business strong and prepared for the future.”

It isn’t too late for businesses in the UK to find themselves back out of financial distress, as Rick explains: “The UK economy is generally in good shape and we are seeing a record number of people in employment. Hopefully, the government will be able to provide greater certainty around Brexit over the next couple of months which should increase confidence.”

To find out more about Forbes Burton, visit www.forbesburton.com 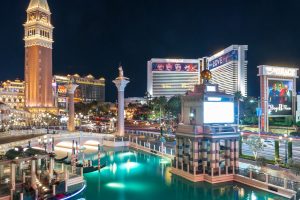